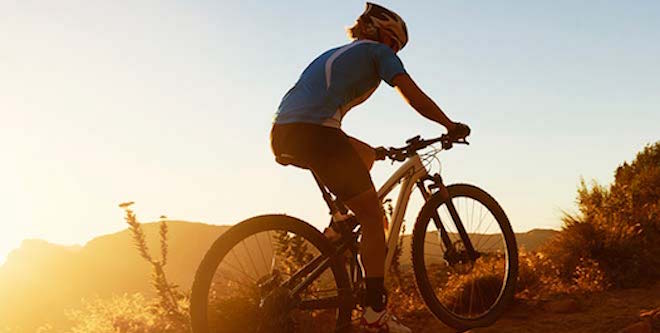 Shimla: Foreigners are literally pedalling towards a cleaner and healthier countryside in Himachal Pradesh. The central government’s ambitious programme Swachh Bharat Abhiyan may not be on their agenda, but they are racing towards generating awareness among school children and local villagers on the importance of hygiene and sanitation while negotiating sharp curves. They are associated with the eight-day 13th Hero MTB (mountain biking) Himalaya race that began from the state capital on September 29 and will culminate in Dharamshala after traversing largely over tiny hamlets spread over 650 km on October 7.

Also Read: Go Swachh, India: A Man Cycles From Kargil To Kanyakumari To Spread The Message

Mission Smile, the fourth year in succession that runs along with the MTB Himalaya race, is a HASTPA’s social initiative that aims to educate the children and their parents to eradicate open defecation and improve hygiene.

The so-called ‘Ambassadors of Hygiene’ on a daily basis visit around eight government schools located along the race route and educate the students along with their teachers and parents through interactions and distributing booklets published by HASTPA. One of the schools they visited on Sunday was located in the interiors of Kullu district. The schools were opened despite being a weekend holiday.

We are really impressed by the level of awareness among the students about hygiene and sanitation besides keeping the local environment neat and clean even in a remote village like this, Susan Padrones, one of the participants from Spain told IANS over the phone.

“It was really an incredible and enriching experience interacting with these children in the remote beautiful parts of the Himalayas as part of Mission Smile. I was so overwhelmed by their love and warmth and so wanted to return and contribute to their growth. This time I brought some books as gifts for these children,” Susan Padrones further added.

Notably, Susan’s husband Jorge Padrones is a participant in the Hero MTB Himalaya rally for the third consecutive time. He’s supporting the fight against leukemia through the Josep Carreras Foundation of Spain.

They educated us how the sanitation has a strong linkage not only with our hygiene but also with our dignity,” Neha Thakur, a class 10 student of Government Senior Secondary School in Shwad village in Anni tehsil of Kullu district, said.

The school is located some 130 km from the state capital, one of the remotest places in the state. Clasina Voets, wife of another biker Pedro Campos from Portugal, is impressed with the education level of the locals. “People here are seem more conscious about their personal hygiene, besides concerned over change in climatic conditions that is drying up local natural water resources and affecting the local biodiversity,” she added.

“This time Mr. Wiebel will contribute a part of his charity towards the outreach HASTPA’s Mission Smile. Ninety-two intrepid riders from 16 countries are participating in this MTB Himalaya rally,” the organisers said.

The top ranking professional participants include Cory Wallace from Canada, Antonio Ortiz from Portugal and Thomas Engelsgjerd from Norway.

#SwachhataHiSeva Recap: Here’s How India Cleaned Up Their Surroundings To Mark 3 Years Of Swachh Bharat Abhiyan On October 2