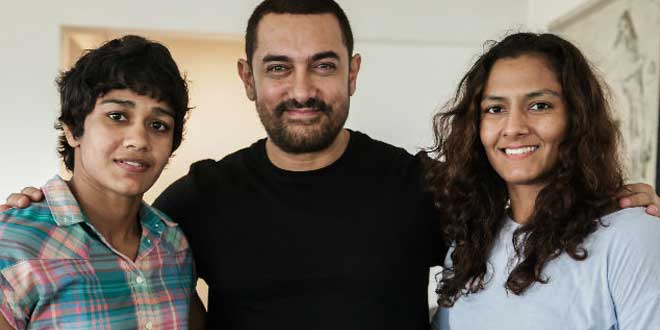 At a function held yesterday at the Civic Centre here, the two sisters and Additional Commissioner of SDMC GS Meena signed the MoU in the presence of South Delhi Mayor Shyam Sharma, Chairman of SDMC Standing Committee Shailender Singh Monti and Municipal Commissioner PK Goel among others.

Speaking on the occasion, Goel expressed gratitude to the two sisters for accepting the SDMC’s proposal to become ‘Swachhta’ brand ambassadors.

The Phogat sisters have earned accolades in women’s wrestling and have been a source of inspiration for the women of India.

They will not only highlight our achievements, but also create awareness on cleanliness, he said. Goel expressed confidence that with concerted efforts from the SDMC and the two sisters, the corporation will be able to improve its ranking in the ‘Swachhta’ survey.

With the Ho Jaye Do Do Haath campaign, we will be spreading the message of swachhta (cleanliness) in Delhi, said Babita.

SDMC will use photos of the two sisters in its print as well as outdoor campaign. Audio clips with messages from Geeta and Babita will be aired on FM radio stations and video clips will be aired on TV channels.

Sharma said the decision to appoint the two sisters as brand ambassadors for the campaign was unanimous.

The inspirational story of the two sisters from Haryana winning international medals under the watchful eyes of their father Mahavir Singh Phogat, in a sport dominated by men, was celebrated in the recently-released Aamir Khan-starrer Bollywood film ‘Dangal’.

The Cost Of Development: Gurugram Villages Face Sanitation Woes Due To Rapid Growth

For 3 Days This Pregnant Woman Dug A Hole Near Her House. All For A Toilet