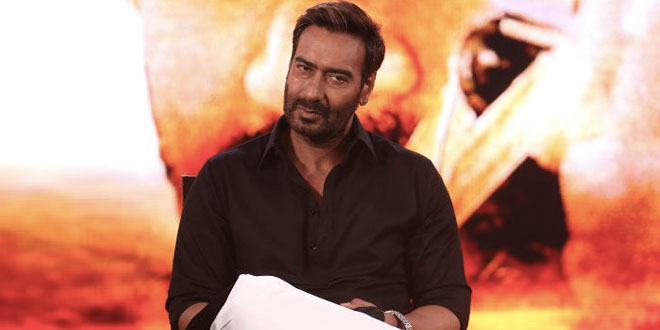 Mumbai: “There are five trillion pieces of plastic in our oceans. That is 5 followed by 12 zeroes. It’s enough to circle the Earth over 400 times,” actor Ajay Devgn said in a tweet on December 22, encouraging people to take a stand against one of the biggest polluters on Earth – plastic. The actor, who has always been a propagator of living a plastic-free life made an appeal to his fans to beat plastic pollution by recycling plastic items as they are non-biodegradable.

There are five trillion pieces of plastic in our oceans. That is 5 followed by 12 zeroes. It’s enough to circle the Earth over 400 times. #BeatPlasticPollution #RecyclePlastic

Citing a World Economic Forum report, the actor shared stark facts about plastic pollution in another tweet and said,

“The oceans cover more than 70% of the Earth’s surface. And by 2050, there will be more plastic than fish in the ocean. #BeatPlasticPollution #RecyclePlastic.”

The oceans cover more than 70% of the Earth's surface. And by 2050, there will be more plastic than fish in the ocean. #BeatPlasticPollution #RecyclePlastic

This is not the first time the Singham actor has publicly shown his commitment towards adopting a lifestyle without plastic items. Earlier this year in June, the actor, along with his wife and actor Kajol had backed the state-wide plastic ban in Maharashtra. Both the actors had urged people to make the plastic ban a success by giving up single-use plastic items like polythenes, straws, bottles, cutlery and so on.

I am happy with the plastic ban, though it is implemented late, but at least we have started the fight against plastics. The plastic ban will only be effective if together we all make a green switch. Let us give a nice future to our children. There are a lot of green alternatives to plastic items, we all just need to identify them, the actor had said.

Given their huge fan base across the nation, Ajay Devgn and Kajol even shot for a public service campaign this month highlighting the harmful effects of plastic on the environment.

Besides Ajay Devgn and Kajol, many other actors from the Hindi film fraternity including Banega Swachh India campaign ambassador Amitabh Bachchan, United Nations Environment Goodwill Ambassador Dia Mirza, Juhi Chawla, Alia Bhatt, Varun Dhawan and Sonam Kapoor have time and again voiced their concerns about the damage plastic is doing to the environment.

Why Giving Up Plastic Is The Need Of The Hour

Plastics are non-biodegradable materials made from fossil fuels which means every single piece of plastic item will take hundreds of years to decompose. As only 9 per cent of the world’s plastic waste is recycled according to a UN report, the remaining either ends up polluting and clogging water bodies or leads to air pollution in case of waste burning. The ones that reach the landfill start to produce a poisonous liquid called leachate that seeps into agricultural soil further harming the environment. As the year comes to an end, make it a New Year resolution to remove at least one single-use plastic item from your life and contribute towards a greener, cleaner and safer environment.