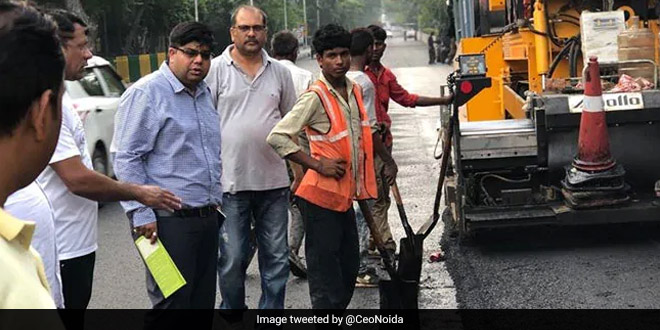 Also Read:To manage plastic waste, the Noida Authority has started using it in the construction of a road in the city. The construction work began on Friday along both the lanes of the expressway on a 2.5-km-long stretch between Sector 14 A and the Filmcity Flyover where plastic waste has been used along with bituminous concrete on both sides of the road, the authority said. Noida Authority CEO Ritu Maheshwari said,

The authority is making efforts for better disposal of plastic waste and this initiative is a part of that. Also, the roads thus constructed will have reduced cost and longer durability, as studies have suggested.

She further said, “In future also, all road projects in the city will include use of plastic waste. This will help dispose off plastic and be a major step towards better waste management,” she said. Not only the use of plastic waste in road building will result in better performing roads with improved longevity, authority officials said citing scientific studies, but will have multiple latent benefits. General Manager and Chief Engineer Rajeev Tyagi said

From the laboratory and field studies, it has been concluded that with the usage of processed plastics in bituminous mixes, the life of pavements can be enhanced 2 to 3 times by addition of 8 per cent plastic modifiers.

On the waste management front, garbage without plastic can be composted easily and sold to farmers as organic matter, reducing their dependence on chemical fertilisers. He said,

Ragpickers will benefit financially as they can earn a living by selling the collected littered plastics bags. Employment opportunities are created for a large number of people both directly and indirectly.