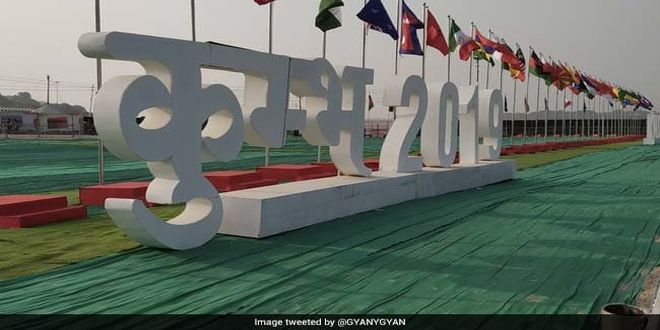 New Delhi: Delivering his last ‘Mann Ki Baat’ radio address of 2018, Prime Minister Narendra Modi on Sunday said that this time much emphasis is being laid on cleanliness during Kumbh. He said, “If during the course of Kumbh Mela sanitation prevails along with reverence, then it will lead to a positive message reaching far and wide.” The Kumbh Mela will commence from January 15, 2019, at Prayagraj (earlier Allahabad), Uttar Pradesh. The Mela draws lakhs of pilgrims over the course of approximately 55 auspicious days to bathe at the sacred confluence of the Ganga, Yamuna, and mythical river Saraswati.

Happy to be connecting once again, thanks to #MannKiBaat. Tune in. https://t.co/2kJdT6On0S

The world famous Kumbh Mela is also a huge medium of self-discovery, where every visitor experiences a unique feeling and learns to look at the worldly things from a spiritual perspective. This is expected to have a footfall from more than 150 countries, the spirituality of Kumbh spreading India’s splendour throughout the world.

Ahead of the Kumbh 2019, the efforts have been put to ensure that the devotees get a clean river, said an official from National Mission For Clean Ganga (NMCG) to NDTV.  These efforts include building thousands of community toilets and urinals and installing dustbins across Pryagraj. The Centre has directed the Uttar Pradesh Government to clean all 35 drains in Prayagraj that meet the river Ganga.

Apart from this, a task force will be trained by the Ministry of Defence called the Ganga Task Force who will not only help the administration in controlling the crowd but also stop individuals AND industries from polluting the river.

This was the 51st edition of the monthly radio programme. The Prime Minister summed up the year’s achievements in the field of economy, social sector, solar energy, climate change, sports and others, saying it was made possible by the collective efforts of the people.

Asserting that the country has taken strides in the area of sanitation, PM Modi said that the Swachh Bharat Scheme and sanitation coverage have been rapidly advancing towards crossing the 95 per cent mark and dedicated the success to the people.