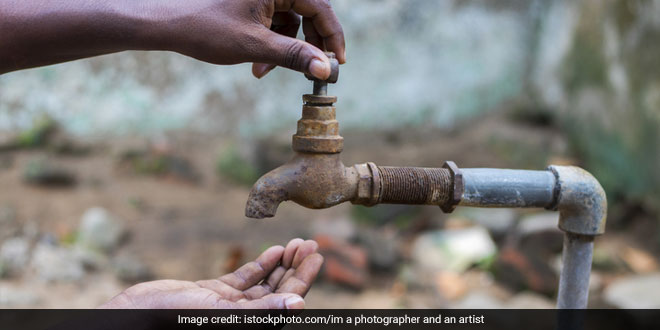 New Delhi: Prime Minister Narendra Modi’s promise to provide tap water to each household in the country may cost a whopping Rs 7.88 lakh crore. The estimate is based on project reports submitted by the states to the Jal Shakti Ministry and considering the present coverage of piped water at 18 per cent in the country. Given the huge fund requirement for the ambitious project, the Centre is looking at innovative financing options such as public private partnership (PPP) and hybrid annuity model, which has been successfully implemented in the road sector.

Even as the task looks challenging, the government is confident of implementing the piped water project, pointing out the enormity of funds and execution involved in the Swachh Bharat Mission.

India is on track to become open defecation free (ODF) by October 2, 2019. In the last five years, 9.76 crore toilets were built covering 5.72 lakh villages. There is no reason to doubt that piped water cannot be provided to each household by 2024, the official quoted above said.

The Centre has proposed to provide funds for water-related schemes to states against the outcomes. The idea behind it is that good performing states draw more funds, while those not performing miss out on the share.

As per the latest data available with the government, only few states such as Sikkim, Goa, Gujarat, Puducherry and Punjab have more than 50 per cent of households covered with piped water. Sikkim has the highest coverage of 99 per cent followed by Gujarat at 79 per cent.

The Modi 2.0 government has accorded top priority to water and has launched several schemes to ensure water availability across the country as well as its conservation. It has created the new Ministry of Jal Shakti for dealing with all matters related to water in an integrated manner. Various water related schemes, including flood management, Namami Gange and national water conservation plan, are estimated to cost Rs 3.64 lakh crore over the next five years.

Related Topics:
Water and Sanitation Water Crisis
Up Next