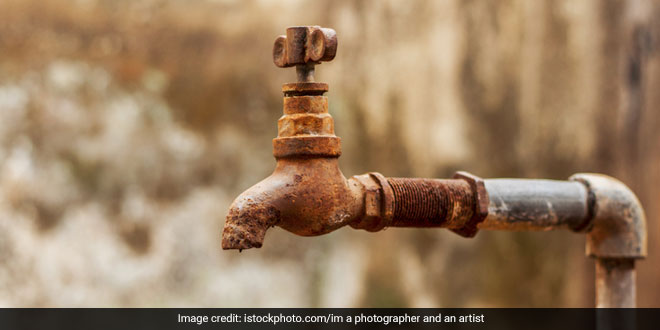 India has 16 per cent of the world population, but only four per cent of its freshwater resources. Depleting groundwater level, overexploitation and deteriorating water quality and climate change, etc are major challenges to provide potable drinking water, Mr. Shekhawat was quoted in an official statement.

The union minister was chairing a conference of state ministers on Jal Jeevan Mission here, which was attended by state ministers, in-charge of drinking water from 17 states, principal secretaries and secretaries.

The objective of the conference was to discuss the implementation of the newly announced Jal Jeevan Mission, to provide individual household water tap connection to every rural household in the country by 2024, the statement said.

Also Read: As Water Crisis Intensifies, Allocation For Drinking Water Increased But For Ganga And Other River Conservation Cut

Mr. Shekhawat appealed to all the states to generate maximum community participation in the form of ‘Jan Andolan’ to achieve the target of a functional household tap connection by the year 2024.

Citing successful models from across the country, he encouraged all the states to plan for recharge and reuse of greywater generated from households for agriculture and irrigation purpose.

The Jal Jeevan Mission is set to be based on various water conservation efforts like point recharge, de-silting of minor irrigation tanks, use of greywater for agriculture and source sustainability, the statement said.

The Minister of State (Jal Shakti) Rattan Lal Kataria highlighted that drinking water is a basic requirement and water supply has been placed at the centre of the development agenda for the government, it added.

Mr. Kataria requested all states to empower the grassroots governance institutions to take charge of the mission activities in their villages. Various state ministers discussed state-specific issues and were assured of central government assistance for smooth implementation of the mission.