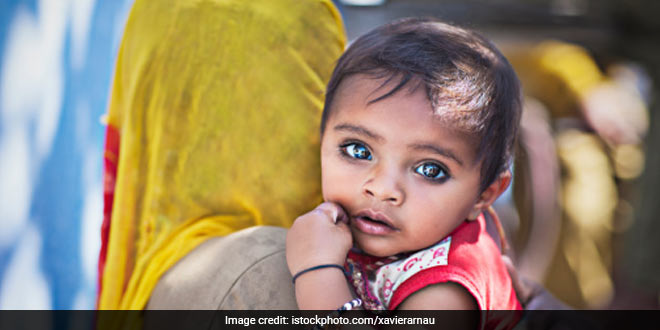 New Delhi: Union Minister of Health and Family Welfare, Dr Harsh Vardhan, recently released the factsheets of key indicators on population, reproductive and child health, family welfare, nutrition and others for 22 States/Union Territories (UTs) as the First Phase of the 2019-20 National Family Health Survey (NFHS-5). One of the trends in NFHS-5 report is that many key states in India have either witnessed meagre improvements or sustained worsening in child malnutrition parameters such as stunting, wasting and share of underweight children in the under 5 years of age category.

According to the report, 16 states recorded an increase in underweight and severely wasted children under 5 years of age out of the 22 states that were surveyed during the first phase of the NFHS report. Similarly 13 states and UTs OUT of the 22 surveyed, registered a surge in the percentage of stunted children under five years of age in comparison to NFHS 4 (2015-16). Several states such as Telangana, Kerala, Bihar, and Assam as well as the UT of J&K have witnessed an increase in child stunting parameters. Whereas, states like Maharashtra and West Bengal have been stagnant on this front.

When it comes to the proportion of underweight children, again, several big states like Gujarat, Maharashtra, West Bengal, Telangana, Assam and Kerala, have seen an increase. The reversal trend have happened in child stunting as well, which reflects chronic undernutrition, and refers to the percentage of children who have low height for their age. Stunting, more than any other factor, is likely to have long-lasting adverse effects on the cognitive and physical development of a child. States like Telangana, Gujarat, Kerala, Maharashtra, and West Bengal — all saw increased levels of child stunting.

NDTV spoke to Dr. Sujeet Ranjan, Executive Director, Centre for Food and Nutrition Security (CFNS) and Dr. Sheila Vir, Founder Director, Public Health Nutrition and Development Centre, to understand the findings of the report and the way forward to address this nutrition crisis.

NDTV: According to you, what are the top trends observed in NFHS-5 report and what are the areas which India should focus on?

Dr. Sujeet Ranjan: The data from NFHS-5 reveals that India should more than ever focus on nutrition as it has not fared well. Institutional births, immunisation, pre and post-natal services have improved but to improve the nutrition indicators community-based care approach is more pertinent. To effectively carry out community-based approach to child care, community mobilisation and community engagement is much needed.

Dr. Sheila Vir: In some states, undernutrition has increased and in some decreased. However, what’s a worrisome trend we have seen in this report is that overweight/obesity has consistently increased in children who are 0-5 years and women in reproductive age in all the states of India which were surveyed.

NDTV: States like Telangana, Gujarat, Kerala, Maharashtra, and West Bengal — all have seen an increase in the levels of child stunting that has long lasting effects on children. What are we doing wrong when it comes to eliminating Malnutrition?

Dr. Sujeet Ranjan: One, this is clear that India needs to focus more on the immediate and underlying factors causing stunting including infant and child care practices, hygiene and limited food security among the poorest households. It is inseparably connected to reproductive and maternal nutrition and is often determined in the womb by a mother’s social status and level of education. Traditional beliefs related to food intake and quality of care of an adolescent girl and of a woman during pregnancy and breastfeeding are also a major factor why India is seeing a reverse trend in child stunting. While exclusive breastfeeding practices have improved, complementary feeding practices need to be further strengthened. Along with that, we need timely nutritional interventions, full immunisation, and supplementation programmes.

Policy makers evidently need to focus on the first 1,000 days of life – the time spanning roughly between conception and child’s second birthday – is a unique period of opportunity when the foundations of optimum health, growth, and neuro- development across the lifespan are established.

Dr. Sheila Vir: We have observed three types of scenarios in NFHS-5 data when compared with NFHS-4:

a. States where overall household environment was already substantially good in terms of electricity, water, sanitation, women status and coverage of women and child health services, have shown a decline in nutritional status this time around the time, which we think is the cause of available resources not being utilised fully. States like Kerala and Gujarat come under this category.

In Kerala, almost a third of women are overweight while child undernutrition rate has also increased. All health services show an excellent coverage, women’s education level is very high compared to any other state. Nor the availability of food is a problem. But still there is a problem. The issue could be that the mother is employed and is having inadequate time to feed the child as a result we are seeing more of the state’s children are malnourished. We need to realise that increase in income does not result in improvement in nutrition status.

b. States which have shown a significant improvement in the underlying factors like household sanitation, access to fuel (implying mother has more time for family and child care), women status, has resulted in reducing malnutrition parameters such as stunting. In this category, we have Bihar, where we have seen development at all fronts.

c. Whereas, Andhra Pradesh and Karnataka, the states that have shown improvement in reducing malnutrition parameters, in these states we have observed that the reason of some progress is the fact these states had the underlying factors like household sanitation, women status etc were in place and along with these the state governments took special initiatives to reach the disadvantaged population with provision of quality protein food items such as milk and eggs.

NDTV: What are the changes that are needed in the country at a policy level or on ground to fix malnutrition crisis from the root?

Dr. Sujeet Ranjan: Government of India has made many efforts to adopt the agenda of nutrition in a mission mode. However, across the states, there are gaps that require immediate attention to strengthen the inputs and the pillars of POSHAN Abhiyaan. The binding constraints in the implementation of nutrition programmes are gaps in human resources, particularly at the supervisory level, procurement of growth monitoring devices/ smartphones and likelihood of attrition in the quality of data collected through ICDS-CAS (Integrated Child Development Services-Common Application Software), fund utilisation, meaningful convergence at all level, capacity building etc.

Dr. Sheila Vir: In India, today we recognise that undernutrition in children is a complex problem. Efforts are in the right direction but the efforts will yield results only when we combine it with serious attention to promoting adoption of correct child feeding practices in the first 1000 days of life to prevent undernutrition among children. There needs to be a serious effort not only by ICDS or public health departments but private health sector, NGOs, industries, media in disseminating information.

We also need to focus on mothers entering pregnancy at the right age (at east over 18 years) . This implies reaching out to women in their adolescent age and if not at least following all married mothers from the stage of ensuring marriage registration and providing inputs pertaining to family planning, health and nutrition care, sanitation and hygiene measures.

We need to address the issue of malnutrition in a much larger way than viewing it as a government programme and a poverty issue. Jan Andolan component needs to go beyond the current concept of “Jan Andolan”. How we had done a mass movement for polio, we need to do similar thing to tackle malnutrition.

In addition, we need to improve access to protein and micronutrient rich foods. Provision of at least 5 kg of pulse and one litre of oil, targeted to only those families at the highest risk of having stunted children (families with pregnant women and children 6-24 months) through the PDS (Public Distribution System) is important to be considered. We also need to promote the use of food fortified with micronutrients–rolling out the existing FSSAI (Food Safety and Standards Authority of India) guidelines on fortification of rice, wheat, salt, oil and milk. Lastly, the National Rural Livelihood Mission (NRLM) provides a great scope of improving homestead production—through establishment of saag-sabji bagichha/kitchen gardens, encouraging poultry keeping.

Anaemia Continues To Rise Among Women Of Childbearing Age And Children In The Country, Shows Fifth National Family Health Survey