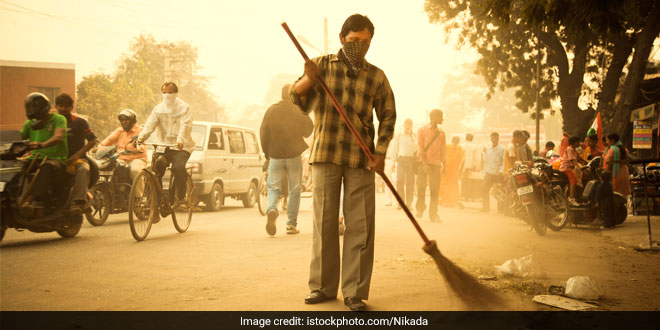 New Delhi: Owing to the increase in air pollution levels in National Capital Region, the Supreme Court on Monday asked the Central Pollution Control Board (CPCB) to open a social media account where citizens can lodge their complaints regarding pollution in NCR.

A bench headed by Justice Madan B Lokur passed this direction after advocate Aparajita Singh, assisting the court as an amicus curiae in the pollution matter, raised this point which was supported by the CPCB. Ms. Singh told the bench, which also comprised Justices S Abdul Nazeer and Deepak Gupta, that a “transparent system” was needed so that people could lodge their complaints on Twitter or Facebook so that the authorities concerned could act upon them.

Additional Solicitor General A N S Nadkarni, appearing for the Centre and CPCB, supported the suggestion given by the amicus in this regard. “We will do it (create social media account),” he said.

They (authority) received so many complaints. It was over 1,000 and the complaints attended to were only around 300. I do not know how it (social media account) will work? They (CPCB) may also say that account will crash,” Justice Lokur observed, adding, The point is that they (authorities) have to act on these complaints.

“They (authorities) are accountable to public. They cannot tell the people to sit inside their homes,” she said.

The amicus said that several orders and directions have been issued by the apex court with regards to air pollution but the issue was lack of implementation of these directions by the authorities.

Even if they implement one-fourth of the directions passed by this court, there will be no crisis as it is there today, she said.

According to a senior CPCB official, it is difficult to understand the process required in implementing this order.

We have already made the Facebook page and Twitter account and linked them to our website, where citizens can file their complaints, what we are working on at the moment to finalise a definitive flow of dealing with the complaints. We are not sure if we can use the same model we had implemented on the Sameer App but it will be settled very shortly.

Sameer App provides hourly updates on the National Air Quality Index (AQI) as published by CPCB. Using the app, a user can also post complaint regarding pollution, with pictures to the Pollution control board and for the redressal of the complaint; the person is contacted through his/her mobile or e-mail.

The top court is seized of the matter in which several issues related to air pollution in the Delhi-NCR have been raised. The apex court also asked the Delhi Transport Department to add on its website a list of all vehicles running on petrol that are over 15 years old and those running on diesel that are more than 10 years old so that they can be impounded.

The air quality in the national capital region has witnessed a considerable dip in the past few weeks. On Monday evening, air quality index (AQI) at Delhi’s Srinivaspuri and Mundka areas was recorded at ‘hazardous’ level.