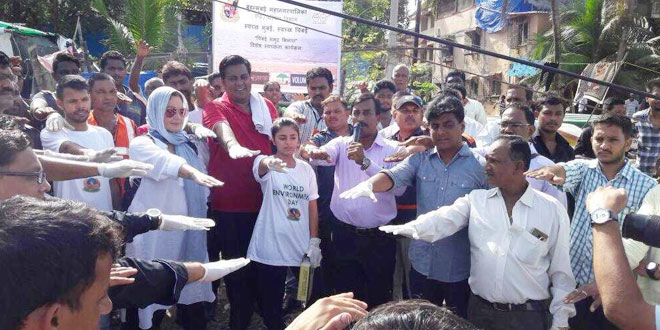 New Delhi: After Afroz Shah’s mega clean up drive at Versova showed the world that all that is needed are will and hands to clean Mumbai’s dirtiest beach, certain Mumbaikars since then have been on a spree to adopt the ‘beach cleaning’ mantra and transform the fate of water bodies of the city. The latest group, to join this cause is the residents of Bandra including Bollywood actors Pooja Bhatt and Jacky Bhagnani along with Poonam Mahajan, Member of Parliament and the Brihanmumbai Municipal Corporation (BMC) officials from H/West ward. 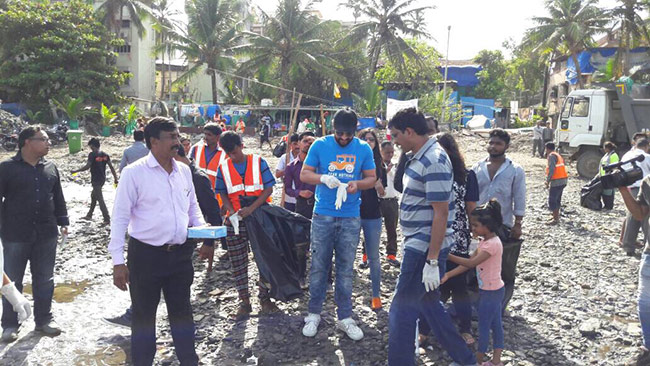 Taking forward Mr Shah’s cleanliness movement, actress Pooja Bhatt along with BMC officials from H/West ward decided to initiate the cleanliness drive at Chimbai Beach which falls in the H ward. The ‘impromptu’ idea was discussed soon after the actress had raised the issue of green waste disposal in Bandra.

It was a very impromptu decision that was taken over a conversation with Sharad Ughade (Assistant Commissioner) and M. K Mhaske (Assistant Engineer, Solid Waste Management). Community participation along with help from BMC was all that was needed to reduce the litter from the beach, Pooja Bhatt told NDTV.

The drive which took place on Father’s Day was commenced around 9am and within 3-4 hours a group of around 400 people were successful in removing 18,000 kilos of garbage from the beach. Everyone from women, children, NGO volunteers, celebrities to BMC workers came forward and took the swachhta pledge before starting the clean up drive. 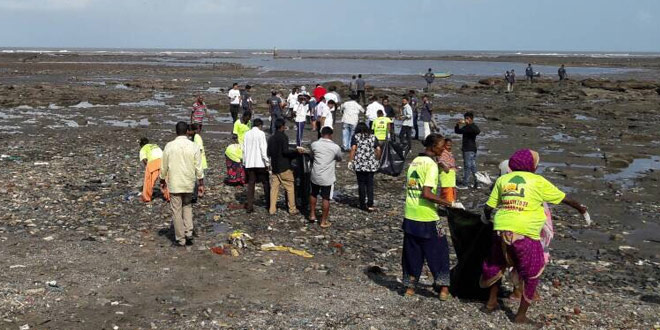 18,000 kilos of garbage was removed from Chimbai beach

Being a resident of Bandra, it was disheartening to see our own beach in shambles. The mega drive at Versova proved what a difference each of us could make towards keeping our surroundings clean. Hence all of us have pledged to make this swachhta drive a weekly thing and make the Chimbai beach ‘garbage free’ by Christmas Eve, Pooja Bhatt said.

Hand gloves, brooms, sticks to pick up plastic waste were distributed to all the volunteers. The civic body had deployed 2 earth diggers, 6 municipal trucks and 4 small garbage collecting vehicles. Of the 18,000 kilos of waste, nearly 6,000 kilos was only debris and silt material litter, says Mr Mhaske. A few volunteers even went into the mangroves and manually removed all the plastic litter that was hanging onto the trees. 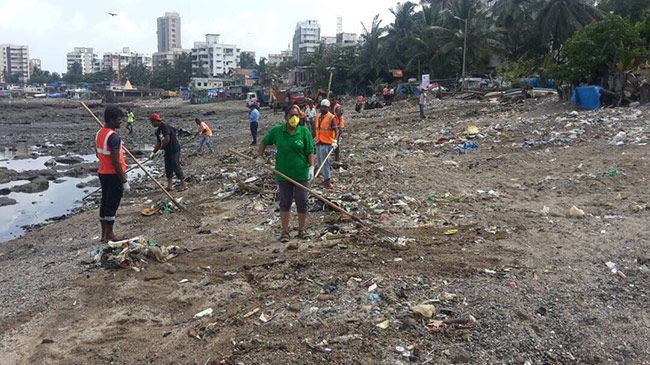 The beach cleaning activity is expected to take place every week

Slums situated in the H ward of Bandra are majorly responsible for the high presence of litter on Chimbai beach Mr Mhaske said. “All the slum dwellers often dump their waste onto the beach and make it dirt. Despite giving several warnings to them the situation hasn’t change,” added Mr Mhaske. 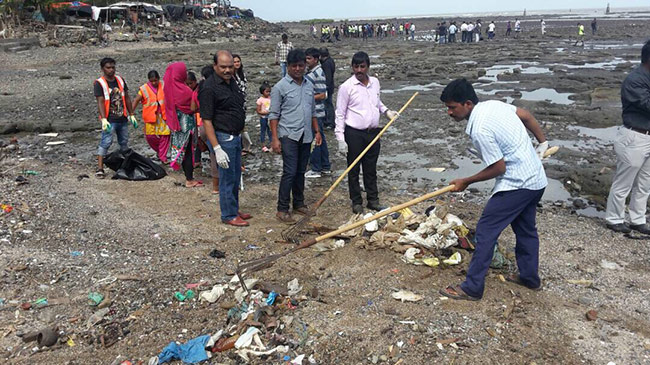 Safety equipments like gloves, brooms were provided to all the citizens

Now that, the cleanliness drive has begun, the BMC can’t afford any kind of additional dumping by anyone. Hence to address this mounting problem, the BMC will soon deploy a contractor under the Solid Waste Management programme to keep the slum dwellers from throwing their litter.

Dustbins will be installed in the slum areas and these contractors will monitor them and make sure that the Chimbai beach is kept clean, concluded Mr Mhaske.