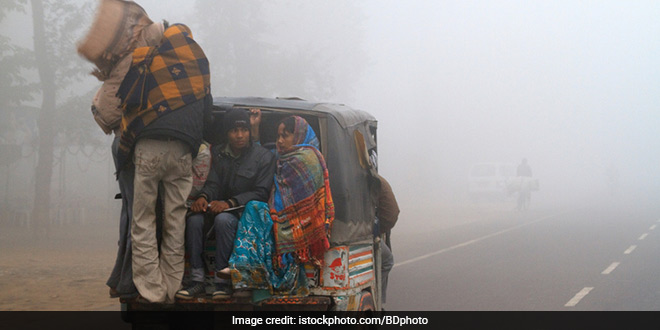 New Delhi: People living in rural areas are as likely to die prematurely from the effects of poor air quality as those living in cities, a new study on north India has claimed.

The study found that the sources of pollution in urban versus rural communities may be somewhat different, but the results are the same — high mortality linked to circulatory and respiratory problems.

The authors modelled concentrations of two key pollutants in the northern part of the country — fine particles generated by incomplete combustion of various fuels and ozone, which forms in the air also as a byproduct of combustion.

They then extrapolated premature mortality rates, using data from the Global Burden of Disease, a worldwide consortium that measures the health effects of pollutants and other adverse factors.       “They estimated similar per capita rates of premature deaths among adults due to air pollution in both cities and rural areas: about 6 per 10,000 each year — for a total of 12 deaths per 10,000 due to ambient air pollution.

“(The researchers defined an urban area as a city or town with more than 1,00,000 people.) Three times more people died in rural areas as in cities: about 3,84,000 deaths versus some 1,17,000,” according to the study put up on the Columbia University blog.

Ultimately, this tells us that outdoor air quality has received more attention in urban areas than in rural areas. It’s problematic not just because people are losing their lives, said lead author Alexandra Karambelas, a postdoctoral fellow at Columbia University’s Earth Institute.

She pointed out that other researchers have found that air pollution has significant negative effects on the economy as well.

The study attributed the causes of deaths to heart disease, stroke, cardiovascular problems and lung cancer.