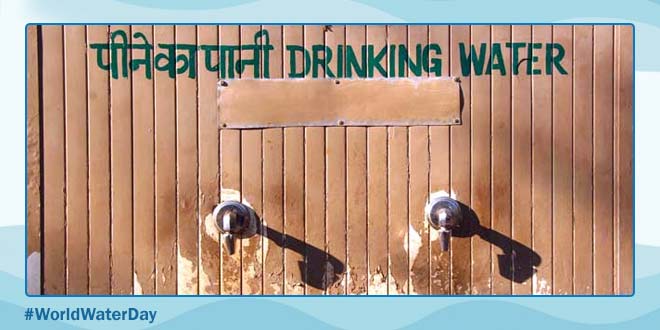 Panaji: The Goa government on Saturday inked Memorandum of Understanding (MoU) with Portugal and said that the coastal state was looking at the European nation, with which it has a historical link, for its model of development. Goa Public Works Department Minister Sudin Dhavalikar and Portugal’s Minister of Environment Joao Pedro de Matos Fernandes on Saturday signed a MoU in the field of water supply, waste water management and sanitation to be implemented in the state. “Goa is proud to have an understanding with Portugal because it was ruling Goa prior to 1961 and, at the time, had implemented development works,” Minister Dhavalikar said.

Considering all this, we can definitely think, in future, regarding the development of Goa based on the Portugal basis (model). It is the duty of the Goa government to take the help of Portugal and implement some of their good things here.

Minister Dhavalikar told reporters that the issue of Portuguese-era houses in Goa, which are in a dilapidated condition because people now living in Portugal have not come back to maintain them, was discussed with Portugal Minister Fernandes. Speaking about the MoU, Mr. Dhavalikar said that the two governments will collaborate on various issues including the Opa water supply project in north Goa, the sewage water treatment plant in Valpoi and manganese-removal efforts in Selaulim Reservoir. He informed that the MoU is for a period of two years, adding that he would visit Portugal along with a team to explore areas of mutual cooperation.

Portugal is committed to working on various issues with India. The prime ministers of India and Portugal have identified water and waste water management as some of the priority issues for bilateral cooperation.

He said that Portugal, about 20 years ago, had the same issues in water supply, waste water management and sanitation as present-day Goa. “In these 20 years, we are very proud of what we have done in our country. We invested about 10 billion euros in the last 20-25 years,” Mr. Fernandes said.

Speaking about waste water treatment, he said that Portugal had just 60 beaches with good water for swimming 20 years ago and this number had now gone up to over 330. He said that the problems between Portugal and India may be similar but their solutions differ. “I can give you a personal commitment that Portugal will do the best to serve the goals of the MOU,” he said. Incidentally, Mr. Dhavalikar, in January last year, had demanded an apology from Portuguese Prime Minister Antonio Costa, when the latter was in India, for the “oppressive450-year-long colonial rule” in Goa.

Related Topics:
Drinking Water and Sanitation Goa sanitation
Up Next