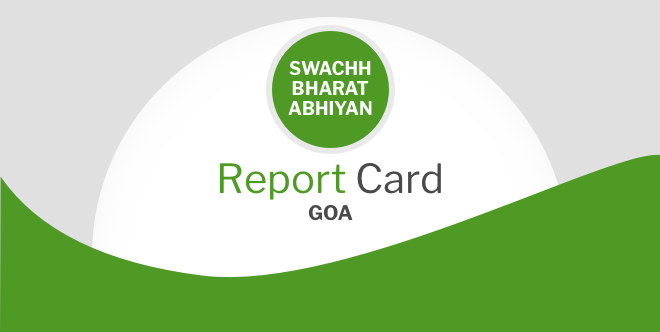 Mumbai: Despite excelling in the tourism industry, the state of Goa is unable to deal with the issue of providing safe sanitation to its citizens. Four years into the Swachh Bharat Abhiyan and not one of its two districts have become Open Defecation Free (ODF) yet nor any of its 14 cities are ODF yet. The irony is that its sanitation coverage, which is over 75 per cent, in rural areas is higher than other Indian states like Manipur and Bihar. However, what is striking is that Goa has only two districts while there are 38 districts in Bihar and nine in Manipur.

Goa, which was supposed to declare itself free from open defecation on Gandhi Jayanti (October 2) this year has now extended its deadline to December 2018.

Unfortunately, not a single district of Goa is ODF. We have to go and find out the difficulties the state is facing (in this regard), Parmeswaran Iyer, secretary in the Ministry of Drinking Water and Sanitation had said at a press briefing held earlier this year.

There is not one but multiple issues that have been haunting Goa’s Open Defecation Free (ODF) dream since the beginning of the cleanliness movement. However, unlike the other regions in the country that are facing financial or behavioral change problems, the tourist hot-spot has its own regional issues like tenancy issues, space constraints, lack of sewer lines and toilets that remain unused.

Convincing people to construct toilet is not an issue at all. Most of the land in Goa is rented out to either people, migrant labourers, fishermen, industries or the tourism industry. And in order to amend the property for installing a new drinking water supply or a toilet a ‘No Objection Certificate’ (NOC) is mandatory from the property owner. Most of the commercial areas do not apply for the same as it has a floating population. And as for the people living in residential areas they claim it is a tedious process.

In every region of the state, almost 1/3rd of the properties (residential and commercial) are rented. Earlier under the Goa Tenancy Act, a tenant would get 3 years to make changes in the house, but a revised policy has abolished this. The state government is trying to put a clause in the Act which would give a special exemption for building toilets.

When Directorate of Rural and Development Agency (DRDA) had conducted a survey in 2017 in rural areas of the state to identify the households without a toilet, it found that lack of space to construct a toilet was the most common reason for open defecation. While the panchayats are increasing the number of public toilets as a solution to lack of space in the house, people are still preferring to openly defecate than travel miles to use a public toilet.

Lack of sewer lines and inadequate water supply for flushing are other challenges that are forcing people to defecate in the open. Recalling the plight of 1.04 lakh toilets built by Sulabh Toilets for Below Poverty Line (BPL) families across Goa, state Chief Minister Manohar Parrikar had told PTI that majority of the families have converted toilets into storerooms,

Unfortunately, today almost 90 percent (of these) are used as store room. The scheme was misused. Hence, in future we are going for toilets fitted with bio-tanks, so that the sewage gets treated there itself and there is no discharge, the Chief Minister had said in January this year, adding that the cost of each toilet will run from Rs 40,000 to 45,000.

Against the application of 2,812 individual household latrines, 458 toilets have been constructed in the last four years in urban areas of the state. No city or urban local body has achieved the ODF certificate from the Quality Council of India (QCI) according to the data mentioned on the portal of Ministry of Housing and Urban Affairs. The state needs 1,730 toilets to increase its sanitation coverage from 35.74 per cent to 100 per cent in urban areas. 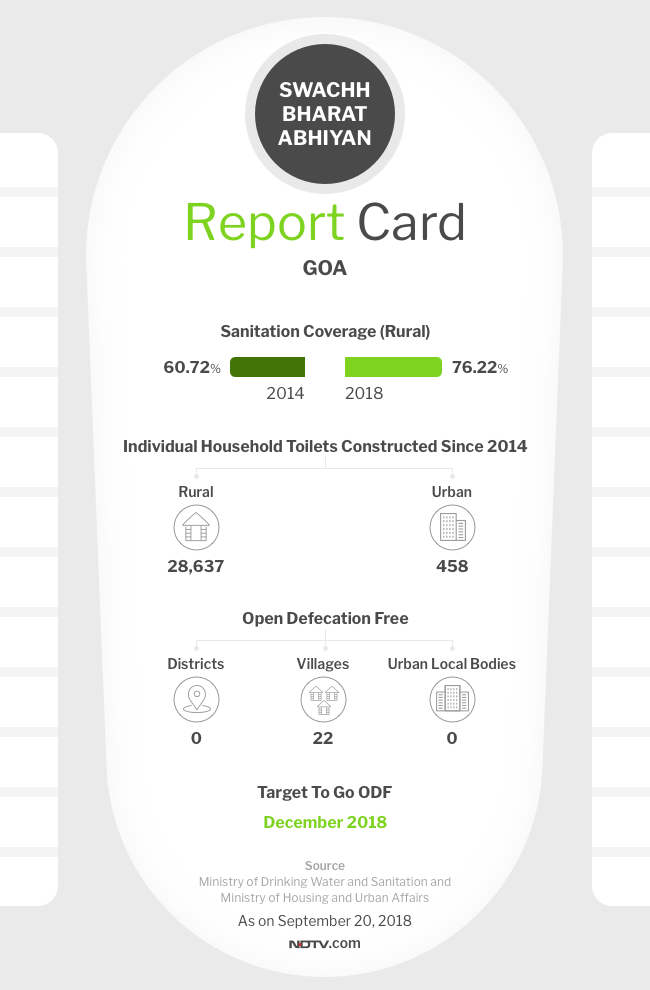 Rural areas of the state are divided into two districts – North Goa and South Goa. 28,637 toilets have been constructed since 2014 which has led to an increase in sanitation coverage from 60.72 per cent in 2014 to 76.22 per cent in 2018. 22 out of 375 villages have self-declared themselves free from open defecation. However, none of the self-declared villages have been verified by the QCI as of September 20.

In a bid to achieve the coveted tag of open defecation free state by December 2018, the Goa government has decided to install bio-digester toilets across Goa at a cost of Rs 280 crore. Goa, with a population of over 14 lakhs (as per 2011 census), has nearly 20 percent households without toilet facility. As a rough estimate, the government is of the view that it requires at least 60,000 bio-digester toilets.

State-run Goa Waste Management Corporation (GWMC) will be tendering the purchase of the bio-toilets under this scheme. Tenders have been floated by the authorities and seven to eight contractors will be hired to complete the mammoth task. In addition to the individual household toilets, 300 community and public toilets will also be constructed. The bio-digester toilets will eliminate three problems – open defecation, lack of sewer lines and water supply.

Talking about the advantages of having bio-digester toilets, Mr Panchwadkar says,

Bio-Digester is a decomposition mechanised toilet system which decomposes human excretory waste in the digester tank using specific high graded bacteria further converting it into methane and water, discharged further to the desired surface. The technology is environment-friendly as it requires minimum water consumption and maintenance free. The effluent is odorless and gets rid-off most of the pathogens.

With regard to the tenant-owner land issue, while the government will take a few months to bring the amendments, a new solution has been proposed by the government to prevent the problem in future. According to the new rule, it is mandatory for property owners to construct toilets in their premises before leasing out their property. A fine of upto Rs 10,000 can be levied on an owner if he/she fails to provide a toilet along with the room.

The onus will be on the owners to provide toilets and fill up a form failing which they will be penalised, the Chief Minister had warned a month ago.

Considering that majority of the population in Goa has a toilet, the state can accomplish the 100 per cent mark before the national deadline of 2019. However, the state has already pushed its ODF deadline a couple of times, from October 2017 to December 2017 and October 2018 to December 2018. The state government will have to adopt an aggressive method, especially when it comes to constructing the bio-toilets, to ensure that it doesn’t miss its deadline this time and tenant-owner laws, lack of space and a willingness on people’s part still remain a huge challenge, considering that the state has only two months to resolve the issues before upcoming December 2018 deadline.