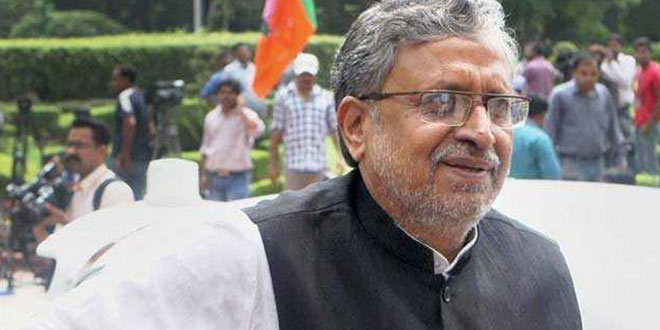 New Delhi: Safe drinking water will be made available by next year in a dozen districts of Bihar, where high arsenic levels pose a serious health hazard, Deputy Chief Minister Sushil Kumar Modi said. Addressing a function organized by the state pollution control board, Sushil Modi said a sum of Rs 391.60 crore would be spent to ensure availability of safe, arsenic-free drinking water in 961 localities of Buxar, Bhojpur, Patna, Vaishali, Saran, Samastipur, Darbhanga, Bhagalpur, Lakhisarai, Begusarai, Khagaria and Katihar by next year.

The deputy CM also said as part of the Centre’s ‘Namami Gange’ project, which aims at cleaning and preserving the river and its tributaries across eight states, a total sum of Rs 4,166 crore will be spent on 20 towns in Bihar.

These towns will be equipped with sewage treatment plants and electric crematoriums, while simultaneous thrust will be laid on making adjacent villages open defecation free, he said.

10 Crore People In India Are Getting Water With Excess Fluoride