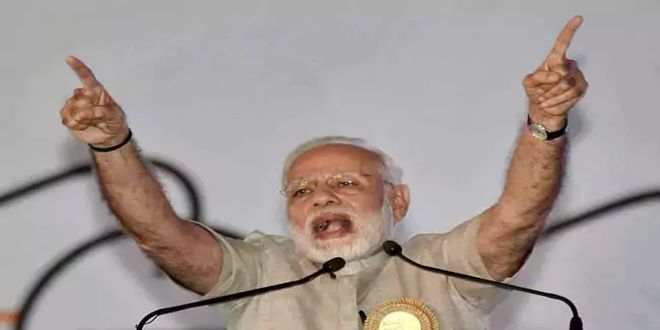 “In the past one week, over 8.5 lakh toilets have been constructed in Bihar and that is not an easy task to do. The speed  and development is not a mean feat. This proves that soon Bihar would catch up with the national average,” PM Modi had told a gathering of around 20,000 swachhagrahis or cleanliness ambassadors at the concluding ceremony of Champaran Satyagraha centenary celebrations in Bihar’s Motihari.

RJD leader Tejashwi Yadav, a vocal critic of Prime Minister Modi, took to Twitter, listing down a clutch of calculations that arrived at the conclusion that 8.5 lakh toilets in a week would mean over 84 toilets were built in a minute. He also took a dig, saying it was a “big goof-up” by Prime Minister Modi.

PM claimed 8.50 Lacs toilets made just in a week in Bihar.

Such a big goof-up from PM Sahab. I believe even CM Bihar won’t agree on such false claims

Sources in the Bihar government say 8.5 lakh toilets were constructed between March 13 and April 9. And nearly half of the toilets had already been constructed before the week mentioned by Prime Minister Modi but their geo tagging was not done.

The process involves taking a picture of the toilet from a mobile phone with the GPS tracker on so that the coordinates of the location, including latitude and longitude are captured, after which its uploaded on the government’s Management Information System to avoid any duplication.

Implementation of the Swachh Bharat scheme has been tardy in Bihar, with only 52 per cent of the households having access to toilets, compared to the national average of 72 per cent.

“8.5 lac toilets in a week? That means 1.4 toilets every second. I don’t think its humanly possible to construct toilets at such high speed. But it is very much possible for Prime Minister Modi to make such false claims at the fag end of his government,” he tweeted.