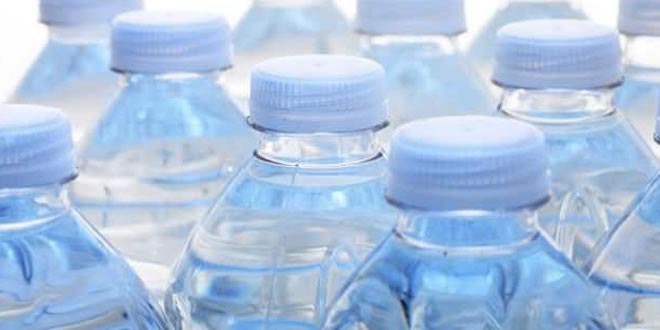 New Delhi: The battle on the ban on plastic continues to brew in Maharashtra. The March 23 order, which banned most forms of plastic and its usage, barring a few exceptions received a mixed response across the state. While environmentalists praised the ban, representatives of several shopkeepers and business associations voiced their concern that a sudden ban will result in the loss of thousands of jobs in the plastic industry, which will also lose business worth Rs 800 crore. Amidst call for modifications on the ban, associations representing organisations which manufacture packaged drinking water stated that plastic used for packaging drinking water should be exempted from the ban. Plastic used for wrapping has been exempted from the ban, but packaged drinking water has not been put in the list of exemptions, worrying manufacturers in the industry.

As per the state government’s announcement on March 23, bottle manufacturers can only use plastic if they develop a buy back depository mechanism, which guarantees that manufacturers will buy back used plastic bottles for prices between Rs 1 and 2. But packaged drinking water producers are not happy with the condition as they say that they are simply wrapping the drinking water in plastic bottles and not actually manufacturing the bottles, so the ban and the conditions imposed on them is not justified.

The suddenness of this ban is unfair on us as the government has put a whole industry into jeopardy. We get plastic from others and use it to merely wrap drinking water. How is this similar to manufacturing plastic? asks Vidhan Bhartia, member of Packaged Drinking Water Manufacturers’ Association (PDWMA), Nagpur.

The state government has also laid down extensive rules related to recycling of plastic bottles, making manufacturers and producers responsible for recycling. They have been given three months to set up recycling plants and extensively recycle waste generated to ensure that they do not contribute any further to waste generation. Packaged drinking water manufacturers think that the time allotted is too less for them to set up a recycling plant.

The condition that we have to set up recycling plants within three months has created added pressure on us. The time allocated is too less. We do not know if common recycling plants for multiple organisations will be allowed, because every packaged drinking water company will not be able to set up individual recycling units, said Mr Bhartia.

State pollution control board member Amit Kumar Deshpande said that plastic bottles were one of the leading items people used and threw away on roads, rivers and sea, causing massive pollution. If packaged drinking water manufacturers’ associations wished to use plastic, they must adhere by the buyback depository scheme.

The buyback scheme ensures that manufacturers take responsibility for the plastic that they use. Packaged drinking manufacturers do not make plastic but are still heavy users of plastic and must be accountable for how they are being used. Their request can only be considered if they adhere to the recycling rules, as per the Maharashtra Plastic and Thermocol Products (Manufacture, Usage, Sale, Transport, Handling and Storage) Notification, 2018, said Mr Deshpande.

Maharashtra generates 282 metric tonnes of plastic waste daily. Considering that the amount is one of the highest across Indian states, the state pollution control board’s decision to ban plastic comes as a big step. The unhappiness generated due to the decision and its economic ramifications are a topic on which debates are continuing in the state. The MPCB is confident of finding a middle path that ensures that the ban is present but does not hamper livelihoods.

Also Read: Maharashtra Plastic Ban: Environmentalists Give A Thumbs Up, But Industry Frowns