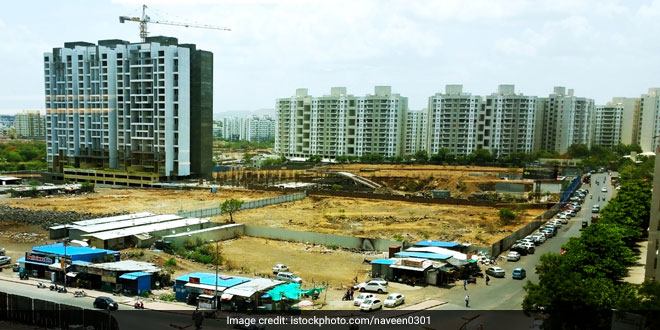 Many civic bodies across India are grappling shortage of funds and are not being able to complete civic projects but Pune Municipal Corporation (PMC) has found an innovative way to raise money for itself. Pune, which has been categorised as one of the potential 98 cities by the Union Government’s Smart City Programme, has issued municipal bonds worth Rs 2,300 crore. PMC will raise the money over the next 5 years to work towards its Smart City mission and the first portion of Rs 200 crore has already been listed at Bombay Stock Exchange (BSE).

What Are Municipal Bonds?

What Will Money Raised Be Used For?

The PMC has been rated AA+ by credit rating agencies due to its strong financial performance. The bonds offer an interest rate of 7.59 per cent, nearly 40 per cent more than what state government bonds usually offer. Given PMC’s strong performance financially, and its good civic performance over the years, the civic body is confident that the bonds are safe and secure.

With AA+ rating, which is highest for municipal bonds, we managed to raise the funds at a competitive rate, said Kunar Kumar, Municipal Commissioner, Pune Municipal Corporation.

PMC plans to increase water tax to raise revenue. Revenue generated from property tax will also be utilised. While initially, user charges for water and government subsidy will be used to pay the interest, the civic body assumes that over a period of time, only charges for water should be enough to pay for the bond interests. The plan will focus on the entire city of Pune and what it will be in 30 years. The PMC estimates that on becoming a smart city, Pune will attract further investments and go through a surge in terms of population. The water requirement of the city will increase nearly threefold and hence, restructuring of the water supply network is necessary.

We were confident on our back-end system. We have improved our financials, we have taken active steps on improving our governance structure and overall we had a very sound project to bring to the market, said Mr. Kumar.

Union Minister for Urban Development, Venkaiah Naidu praised the AA+ listing of PMC’s municipal bonds, and hailed it as a transformation towards urban revival. He also urged more civic bodies to bring back municipal bonds in the market. He hoped that by the end of the year, 10 cities would have issued municipal bonds to encourage the raising of financial resources by ULBs themselves.

I compliment Pune Municipal Corporation for reviving the mechanism of municipal bonds. Proceeds will be used for a 24×7 water supply project pic.twitter.com/6JeQ1NJ7UH

The whole experience of raising municipal bonds has been documented by PMC and they will soon release a case study documenting the whole experience of raising money from the bond markets. They plan to share the case study with other urban local bodies which can follow the model to raise money. For civic bodies like the Municipal Corporation or Delhi (MCD), which struggle with funds, exploring the municipal bond structure of raising money from investors is an idea worth considering.

It is not possible for municipal bodies to remain dependent on state or central grants for all projects. The huge amount of money required for completion of all aspects of smart cities cannot be borne alone by the government. Municipal bonds are a good way to raise money from the market to fund upcoming urban projects, said Subodh Rai, senior director and head analytics at CRISIL Ratings.

Related Topics:
Drinking Water and Sanitation Maharashtra Pune
Up Next

From Delhi High Court To Urban Development Ministry, The National Capital’s Garbage And Sanitation Crisis Is Receiving Much Needed Attention