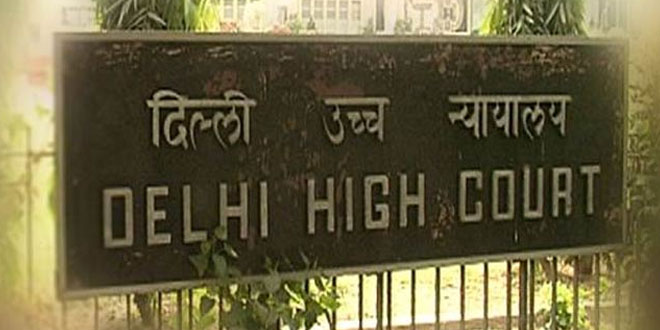 New Delhi: The sad state of Delhi’s garbage crisis saw another development on Wednesday June 22, when the Delhi High Court slammed the civic bodies for their failure to remove garbage from parts of the city. The hearing was scheduled after all the municipal commissioners of all three wings of the Municipal Corporation of Delhi (MCD) were served a notice on lack of cleanliness, on June 2. The bench, headed by acting Chief Justice Gita Mittal and Justice C Hari Shankar came down heavily on the MCD. The bench was especially unhappy with the civic body due to it claiming that garbage collection was in order, though media reports stated that several areas of the city were reeling with unmoved garbage, posing the risk of diseases like dengue and chikungunya.

The High Court addressed several issues with the civic body on Wednesday, and pointed out several discrepancies in the civic body’s functioning. The court noted that apart from not collecting garbage on a regular basis, the civic body was also guilty of employing manual scavengers. Instances of safai karmacharis cleaning drains with their bare hands irked the court, which termed such practices as against the Manual Scavenging Act. The high court also asked the civic body officials present in the court why they are yet to adopt a comprehensive waste management model. It stated that the irresponsibility of the civic officials could lead to death of people due to malaria and wondered whether penal action is to be taken for such negligence of duties.

This is callous disregard of the rights of the citizens. Take action against officers responsible… and it can’t be the safai karamcharis on the ground. Tell us what action you have taken against officers to prevent breeding of mosquitoes through timely collection of garbage, said the High Court bench.

Delhi has been at the receiving end of municipal problems for quite some time, and that was reflected in this year’s Swachh Survekshan rankings, where all the three wings of MCD, namely the East Delhi Municipal Corporation (EDMC), South Delhi Municipal Corporation (SDMC) and the North Delhi Municipal Corporation (NDMC) ranked 196, 202 and 279 respectively. From non-removal of garbage to lack of waste segregation initiatives, civic issues are aplenty with the MCD. The poor ranking in the survey was attributed to the fact that the MCD had neither the manpower, nor the technical efficacy to deal with the city’s production of 9,000 tonnes of daily garbage. The civic body was also criticised by the National Green Tribunal (NGT) earlier this year for being unable to tackle the garbage problem.

The problem of workers cleaning drains with bare hands is not new, as all the wings of MCD had cited lack of manpower and funds repeatedly. All the three wings of MCD have together utilised only about 7.93 lakhs of the allocated Rs 118 crore till 2016. The high court on Wednesday categorically asked the MCD to explain why the funds remained underutilised, despite them arriving from the Centre on time. In May 2017, NDMC Commissioner P.K. Gupta had stated that the funds remained unused because the civic body’s share of the funds was not available and hence, they had not begun using the central funds as that would lead to incomplete progress of work. The high court asked the civic body to file writ petitions against the Delhi/Union Government, citing the lack of funds.

In MCD’s defence, Additional Solicitor General Sanjay Jain submitted an affidavit and claimed that the garbage disposal was not a generic problem for the entire city but only in certain specific areas. On the problem of unauthorised colonies, Mr. Jain said that jurisdiction of the civic bodies was limited and they too had a fixed employee base with limited capacity to hire people. The high court though, did not take kindly to Mr. Jain’s statement as it said that there were many vacancies available in MCD, especially those of malaria inspectors who would play a crucial role in controlling outbreaks during the coming monsoon season.

Recently, the SDMC commissioner P.K. Goel promised to improve the civic body’s ranking in next year’s survey and rank the civic body within the top 25. Post Swachh Survekshan 2017, the civic bodies have also pledged to meet each other frequently to discuss the civic issues and find out more plausible solutions to Delhi’s civic problems. The high court also asked the civic bodies to work jointly and come up with integrated solutions for the city’s garbage and other civic problems, directed commissioners and senior officers to go out of offices more frequently for inspection, and asked to take disciplinary action against officers responsible for the garbage menace. The matter will be again heard by the high court on June 27.

We have already held meetings with officials from EDMC and NDMC to see how we can work together to remove garbage from certain areas. In case of unavailability of workers, we are also looking at the option of temporary employment or getting workers on loan from the other wings of MCD, especially during the crisis season of monsoon. The garbage problem in the areas of New Seemapuri, Anand Parbat, Seelampur and Mayur Vihar will be solved soon, said Puneet Kumar Goel, Municipal Commissioner, SDMC.

Despite several initiatives, many of our projects are not taking off due to numerous problems. The high court has asked us to work together. But there are several problems which need to be addressed, primarily the problems of land and funds which are only adding to our existing troubles. We want to discuss the problems at length with the Urban Development Minister and hopefully proper solutions will come out of the meeting, said Y.S Mann, Spokesperson, EDMC.