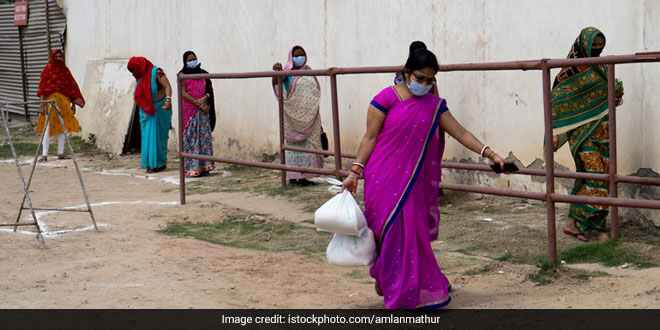 Chandigarh: Punjab Chief Minister Captain Amarinder Singh on Saturday launched the Smart Ration Card scheme to cover 1.41 crore beneficiaries across the state and a separate state-funded scheme to provide subsidised rations to the 9 lakh beneficiaries not covered under the National Food Security Act (NFSA). As per the release issued by the state government, while rolling out the Smart Ration Card Scheme under which 37.5 lakh cards will be distributed to the eligible beneficiaries this month, the chief minister said that with this, the total number of beneficiaries in the state will go up to 1.50 crore.

Centre had capped the maximum number of beneficiaries to 1.41 crore and, despite repeated requests, had not agreed to provide subsidized rations to the deserving 9 lakh people not covered under NFSA. Punjab government had therefore decided to cover all such left out eligible persons under a State-funded scheme, details of which will be announced shortly, he said.

Launching the Smart Ration Card scheme virtually, with connection to 100 places across the state, the Chief Minister said the scheme would help curb corruption and give freedom to the beneficiaries to buy from any depot.

It will end the exploitation of beneficiaries by unscrupulous ration depot holders. The Smart Ration Card empowers the beneficiary to get his entitled quota of foodgrains from any Ration Depot in the State of Punjab, said the CM.

The release said that Mr. Singh lashed out at the BJP-led central government for attempting to destroy the spirit of Punjab’s farmers, who have toiled for the country and fed the nation, through the farm ordinances.

These ordinances are aimed at ending the MSP regime and will hit the farmers hard, he said.

In a symbolic gesture, the Chief Minister handed over the smart ration cards to four beneficiaries here at the Secretariat, after which all ministers and MLAs distributed cards in their respective districts and constituencies, it added.