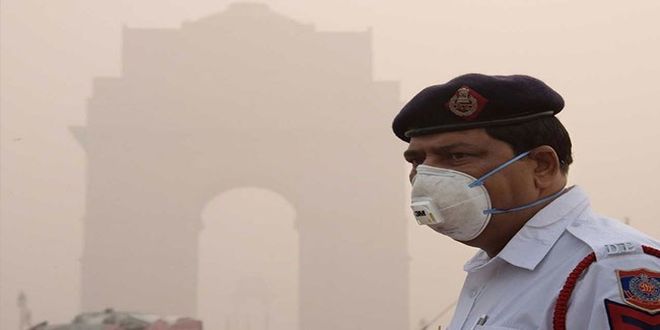 New Delhi: As toxic air chokes Delhi, Ministers from Punjab, Haryana and Rajasthan on Thursday skipped a crucial meeting held by the Union Environment Ministry although their officials attended it. Union Environment Minister Harsh Vardhan had called a meeting of Ministers and officials from Delhi’s neighbouring states to study stubble burning in Punjab and Haryana in particular as well as the overall air quality.

Delhi Environment Minister Imran Hussain, who attended the meeting, said the meeting should have been taken seriously. Delhi Chief Minister Arvind Kejriwal too questioned the absence of the Ministers from other states. Union Minister Harsh Vardhan said,

Let there be no politics on this matter. We have talked to the Ministers from Punjab and Haryana and they sent their representatives here.

Delhi on Thursday witnessed “near severe” air quality, while Noida in Uttar Pradesh, as well as Faridabad and Gurugram in Haryana, suffered “severe” air quality. Harsh Vardhan said his Ministry was monitoring the situation and 52 teams of officials from his Ministry, Delhi government and other agencies were keeping a vigil on the environment.

For the next five days, there will be more active monitoring. The time of Diwali is always very crucial as several things lead to a spike in pollution, due to stubble burning, local pollutants and weather conditions.