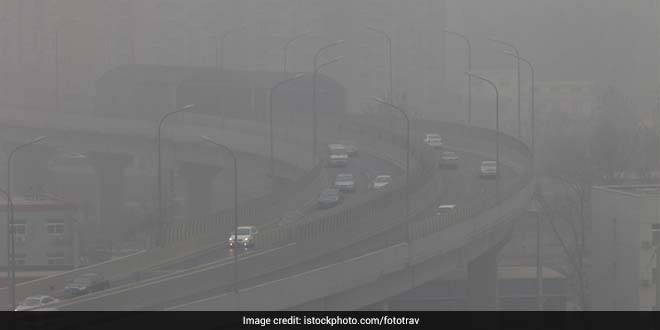 New Delhi: The Environment Ministry is likely to come out with its National Clean Air Programme (NCAP), which proposes multiple strategies to combat air pollution, next month, a top environment ministry official said on Thursday. This comes as the air quality in the national capital deteriorated to the “very poor” category. The key components of the NCAP include city-specific air pollution abatement action plans for 100 polluting cities of the country, increasing the number of monitoring stations, data dissemination, public participation on planning and implementation.

We are going to come out with NCAP next month, a top official told PTI.

Greenpeace India said in a statement that an Environment Ministry official had also given a presentation regarding this at a conference on air pollution and health by the World Health Organisation (WHO) in Geneva. Although the top Environment Ministry official confirmed that an Indian delegation took part in the meet, he, however, could not give details about the presentation.

Greenpeace India said while presenting on air pollution, Environment Deputy Secretary Satyendra Kumar assured that the country would have a comprehensive, time-bound and target reduction plan by December 2018.

The green body said the acknowledgement that air pollution is causing a health emergency at the international platform by the Environment Ministry is a good thing but a lot of time has been wasted to acknowledge it.

“The programme has been in discussion since October last year and despite coming up with a draft plan in April 2018, the ministry continues to sit on it,” he added.

Mr. Dahiya said despite knowing all the polluting sources, from industries, power plants and transport systems to episodic events like stubble burning and Diwali, there seemed to be an absolute lack of synchronisation between the policies and their implementation.

Even if the NCAP is enforced, its compliance is going to be a large bottle neck. Looking at how the public health emergency has been dealt with in the past years, the talks must translate into action. The way the Ministry have been shying away from announcing the clean air plan, we really anticipate an aggressive, time-bound and target-oriented NCAP to achieve clean air and a breathable India, he added.