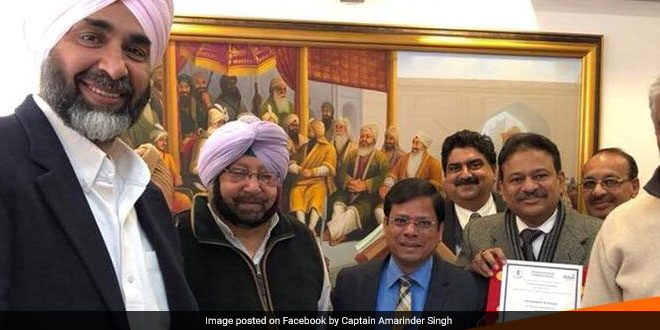 New Delhi: Before the next paddy season, the agrarian state of Punjab will have a total of 42 bio-gas and CNG plants to solve the problem of stubble burning, one of the culprits (vehicle emissions, industrial pollutants, construction dust) for poor air quality in Delhi, especially during winter months. This would become possible as the Punjab government has signed a Memorandum of Understanding (MoU) with the Indian Oil Corporation (IOC) Ltd for setting up of bio-gas and bio-CNG plants in a bid to find sustainable solutions to straw-burning. The plants will be set up at a total investment of Rs. 5000 crore, and will also generate employment for around 4000 people.

After the 42 plants will become operational in 2018, probably before the paddy season, it will be scaled up to 400 plants over the next 3-4 years, making it the one of the biggest such projects in the country, a government official said.

By converting bio-mass to compressed bio-gas and bio-CNG, the plants will help curb the menace of stubble burning and create additional income to farmers. According to Punjab state’s agriculture department, about 29.26 lakh acre of land was under rice cultivation last year and Punjab produced over 182 lakh metric tonnes of rice, leaving 19.7 million tonne of stubble. In November 2017, when farmers typically harvest rice, they often set the leftover plant debris (50-60 cm) on fire to clear fields for the next plantings, a practice known as stubble burning which has become an annual nuisance for the environment and human health.

The project will also create rural employment and entrepreneurial opportunities, besides providing a green organic source of compost for soil enrichment, the official added.

According to IOC officials, the technology requires negligible energy input and nutrient requirements. And, it requires a smaller footprint area as compared to composting. The entire process of converting bio-mass to CNG will take place in a closed vessel system, thus causing no greenhouse emissions and no problem of odor and birds/rodents.

The Memorandum of Understanding (MoU) with the IOC was signed by Punjab Bureau of Industrial Promotion and Punjab Energy Development Agency (PEDA) in the presence of Chief Minister Captain Amarinder Singh. The Chief Minister also suggested setting up of societies of unemployed youth and to encourage them to set up the proposed units with the support of the state government, and the IOC taking up the end product sales. Notably, the Indian Oil Corporation Ltd agreed to explore the suggestion.

The Punjab government will also facilitate identification of land parcels in various locations of the state for setting up the plants, and also ensure incentives and benefits as applicable for such plants under the State Industrial and Business Development Policy-2017 and the State NRSE Policy-2012.

Through Punjab Energy Development Agency (PEDA), it will also facilitate Indian Oil Corporation to obtain permission for the marketing of manure, subject to the completion of all formalities by IOC. According to official statement, the parties will also facilitate promotion of agriculture extension activities to farmers, including awareness programme for organic manure.

In addition to this, the Punjab government also earlier announced the creation of Directorate Of Environment and Climate Change to keep a tab on industrial air pollution, stubble burning, vehicular emissions and construction projects releasing particular matter in the air.