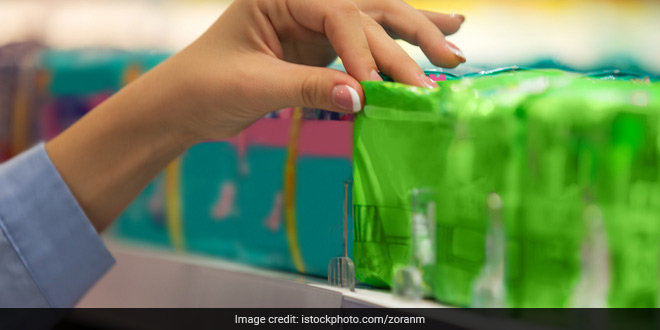 New Delhi: Nearly 88 per cent of the menstruating women in India do not use sanitary napkins as they cannot afford the most basic necessity for their hygiene. The debate around slashing Goods and Services Tax (GST) and making sanitary pads cost-free has seen a splurge in last one year. And Bombay High Court is the latest one to raise a concern on menstrual hygiene. The high court recently questioned the Maharashtra government on steps being taken to make sanitary pads low cost and spread awareness on the same.

A division bench of Justices N H Patil and N W Sambre was hearing a public interest litigation (PIL) filed by NGO Shetty Women Welfare Foundation. The NGO, in their PIL, highlighted the issue of non-availability of sanitary napkins for over ‘80 per cent of women’ because of lack of awareness or high prices.

Considering that the topic of menstrual hygiene affects half of our population, the division bench said that the issue needed state government’s attention.

This is an important issue… it affects half the population. What has the Maharashtra government done to increase and spread awareness about the use of sanitary napkins, Justice Patil asked.

Talking about lowering sanitary napkin prices he further said, “The state government also needs to consider cutting down the cost of these napkins…make them available at concessional rates,” he said.

The court further said that the government must also encourage sanitary napkin manufacturers to take the responsibility of bringing down the selling prices.

When it comes to educating women about the health risks they face when menstruating, municipal corporations in urban areas and gram panchayats in rural areas must make provisions for regular awareness campaigns. Gram panchayats can even take help from its female members and make the awareness process swifter.

First step is (creating) effective awareness and the second step is making the napkins available and at a subsidised rate, Justice Patil said.

The petition also challenged the 12 per cent Goods and Services Tax on sanitary napkins. Referring to the GST issue, the bench directed the state’s principal secretary and secretaries of the departments concerned to convene meetings and discuss the matter in detail. It suggested that the additional solicitor general (who represents the Centre) should assist the court during further hearings.

The bench posted the petition for hearing after two weeks.

#UjjainBanegaNo1: Here Is What Fifth Largest City In Madhya Pradesh Is Doing To Be On Number 1 In Swachh Survekshan 2018