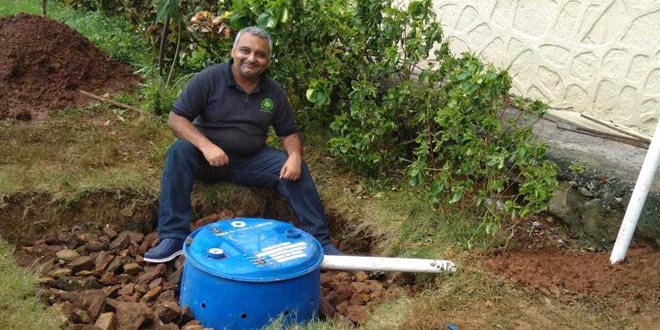 New Delhi: While cities like Chennai, Gurugram (erstwhile Gurgaon), Bengaluru, Kolkata and Mumbai, among others are grappling with a water crisis, incessant rain continues in Mumbai. Every year, the heavy downpour in the financial capital of India, Mumbai turn roads into pools, bringing down the city to a halt. Despite heavy rain during Monsoons, today the city is facing a water crisis all because of excessive groundwater pumping, and inadequate water management system, says a Mumbai resident, promoting rainwater harvesting. While the city struggles and relies on water tankers to meet the drinking water requirement, 40-year-old Subhajit Mukherjee, a resident of Kandivali, has come up with a cost-effective, DIY (do it yourself) solution to recharge ground water through rainwater harvesting.

Since Mumbai witness’s heavy rainfall during every monsoon, it has the potential of harvesting rainwater which can either be used for odd purposes like cleaning, washing or to recharge ground water. The idea is not to discard the rainwater by simply releasing it into the sea or drains and that is why I suggest harvesting rainwater.

As per Mr Mukherjee’s DIY solution to counter water crisis and harvest rainwater, a water catchment can be created in four easy steps, in three hours and with an investment of Rs. 4000. The DIY guide is as followed:

Dig a pit of size 4×4 feet at a distance of 11-12 feet from the establishment, to avoid water seepage. Take a water tank or plastic drum or barrel of any capacity and drill holes around it. Fit the water tank/plastic drum/barrel inside the pit and connect it to the terrace using PVC pipes. The area around the tank can be filled with pebbles, acting as a barrier between mud and water tank. 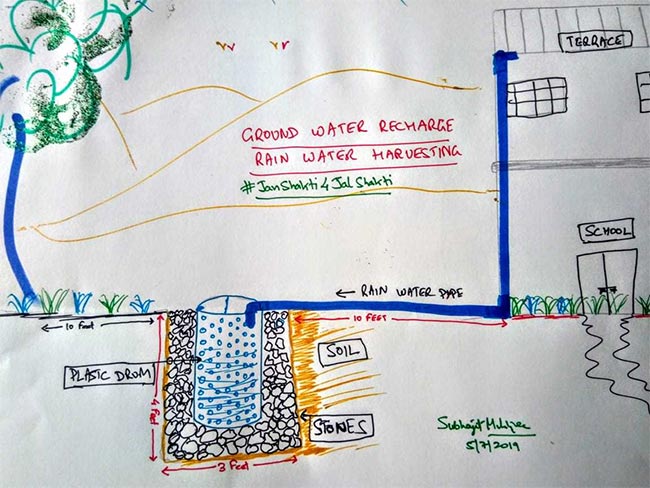 The collected water can be taken out for the purpose of washing and cleaning. For instance, instead of using freshwater for moping which requires at least five litres of water everyday, you can make use of rainwater. One can also leave the water unattended and watch it percolating into the ground increasing groundwater level, said Mr Mukherjee.

For those who don’t want to use a plastic tank or drum, Mr Mukherjee suggests, creating a water catchment using pebbles.

To promote the idea of rainwater harvesting among people, Mr Mukherjee recently shared the solution on social media, asking schools to come forward and provide a space for rainwater harvesting. The water warrior even offered free help in giving shape to the idea and putting it into reality. 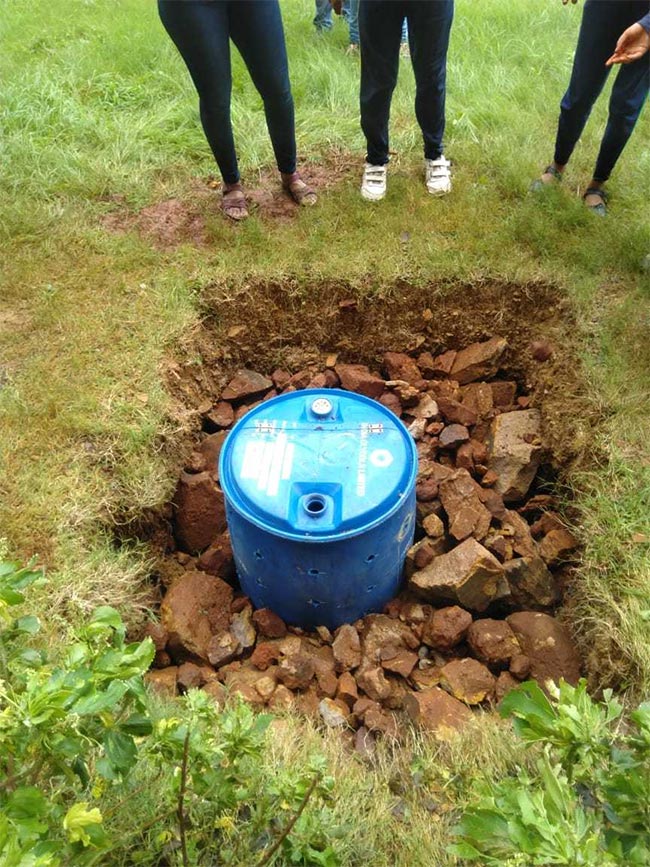 ‘Conserve to consume’, with this idea, Mr Mukherjee is promoting rainwater harvesting

I decided to fund the project for 10 schools but in the last 20 days, the plan has been executed in 33 schools and colleges. The reason I have been able to achieve more than my target is some schools self-funded and others already had some or the other material with them, said Mr Mukhejee.

Since now the water warrior is out of funds, he is seeking help from corporates as part of their CSR (corporate social responsibility) and encouraging individuals to implement at their own level.

Recalling the Eureka movement that gave birth to the idea and signing off, Mr Mukherjee said,

Honestly, this is not something new, let alone be my idea. This has been in practice for years. I decided to do it keeping in mind the groundwater depletion due to water boring. It is only when in I was figuring out the process, interacting with experts from IIT Bombay and implementing it in my vicinity, Lieutenant Governor of Puducherry, Kiran Bedi, shared a video, highlighting a similar way of conserving rainwater. After that video, I decided to take it to schools and institutions. The idea was and is simple – I’ll conserve my water and I believe everyone should conserve water to consume.