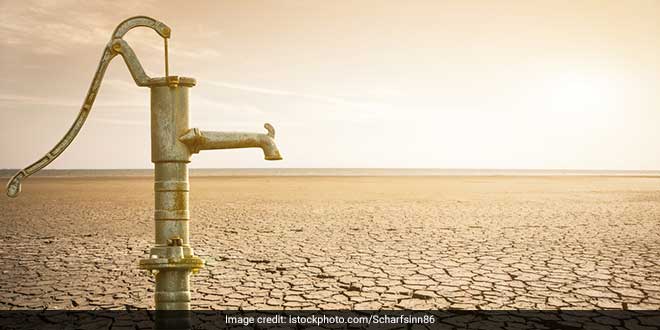 New Delhi: Water is crucial for all living beings and because of this reason, from time immemorial, human settlements have sprung up near waterbodies. As the civilisations grew socially and economically, the dependence on water increased further. However, according to experts, natural disasters like droughts, along with anthropogenic reasons like expansion of cities by the river, degradation of forests and encroachment of floodplains, and extensive groundwater extraction, have taken a severe toll on the sources of freshwater which led to instances of acute water shortages in many cities in the world. As per an estimate, the world has lost 35 per cent of its wetlands since 1970. Currently, In India, cities like Chennai, Gurugram, Bengaluru, Jodhpur, Mumbai, and Delhi among others that are grappling with water shortage. With rising concerns on the issue and increasing protests by people in cities like Chennai and Gurugram, Dr. Rajendra Singh, ‘the waterman of India’ has urged the people to become ‘water literate’.

Water literacy comprise three major steps. The first step is understanding water which means that learning about all water sources from glaciers to groundwater and water cycle, the flora-fauna and the socio-economic landscape dependent on these water sources. Second is practising conservation of water through various measures including rainwater harvesting and wastewater management. The last step is making other people understand and save water.

Dr. Singh further asserted that water is a natural source that is depleting continuously and water reservoirs are dropping to dangerously low levels. He said that only water-aware government and citizens can turn the situation around. Dr. Singh said,

Today people in the dry areas are coming together and protesting on the issue of water shortage but the rising water woes can even lead to people fighting with each other for water. If the government does not want a ‘war for water’, then it must prioritise ‘water literacy’ in its mandate. Government actions are derived from the political motives of the ministers. Water literacy should have become a part of the agenda much earlier. Just saying that water crisis must be taken seriously and water should be saved is not enough.

He said that government must form such committees that study the situation of water in various topographies and only then it should formulate policies related to water as a ‘one-fit-all’ approach will not reap any positive results.

The issue of the growing drinking water crisis in different parts of the country has also gained concerns in the Parliament. During the ongoing parliamentary sessions, questions were raised in the Raya Sabha, the upper house where the MPs (Members of Parliament) demanded immediate interventions from the government. Suggesting river inter-linking MP Satyanarayan Jatiya demanded a permanent solution to the drinking water crisis. He said in Rajya Sabha,

Parts of Madhya Pradesh, Rajasthan, Maharashtra, and Karnataka have traditionally faced water crisis but now the problem has extended to fresh areas. We need to work on finding a permanent solution soon.

As the government struggles to formulate measures to tackle water crisis, Minister of the newly formed Ministry of Jal Shakti, Gajendra Singh Shekhawat urged people to save water and called for making water conservation a people’s movement.

Emphasising on judicious use of water, he said India is one of the most vulnerable countries in terms of water availability. He said that water scarcity is becoming a big challenge facing the country as water needs to be provided to 17 per cent of the world’s population which lives in India with just 4% of the water in the world available. As per him, water scarcity will hurt the economic prospects of the country in the coming years.

According to Nirma Bora, Policy and Research Co-ordinator at WaterAid India, almost half of urban India’s water requirements are met through groundwater which has been exploited in an indiscriminate manner, due to lack of legislation on groundwater usage by industries in India. Apart from the erratic use of groundwater, she said that encroachment of water bodies and ignorance towards rainwater harvesting has also led to water shortage. She said,

We have degraded or encroached most of our surface water bodies, and are building up cities in a way that there is no space for rainwater to be soaked in. Also, water is so highly subsidised that there is no incentive to conserve water. The current water crisis in megacities like Chennai is indicative of the fact that we haven’t looked at water conservation in a systemic manner.

Chennai- A Megacity Facing The Worst Of Water Crisis

According to Ms. Bora, Chennai is currently being hit the hardest by water woes. The sixth largest city of India is primarily dependent on its water reservoirs which are mostly dependent on rainfall. However, rainfall in the city is not consistent and fluctuates every year. Ms. Bora said,

The city’s annual average rainfall is around 1,400 mm (millimeter), but it fluctuates a lot every year. Last year, it was only 835 mm. Thereafter, the 2 major city reservoirs, Puzhal and Cholavaram, have completely run dry by June 2019; while the other 2 Chembarambakkam and Poondi, too have barely any water left. 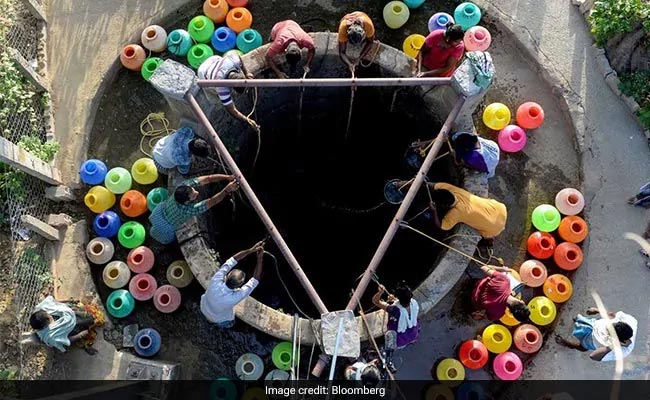 Chennai received the lowest rainfall in 15 years in 2018

She asserted that the demand for water in the city supporting more than 50 lakh people has increased massively for domestic, agricultural and industrial purposes and needs 80 crore litres of water daily. However, the city is able to provide only 52.5 crore litres. Explaining about Chennai’s water crisis, Ms. Bora said,

Ms. Bora stressed on the mismanagement and negligence from the state and district authorities that has played a vital role in aggravating the crisis. She said,

Due to the negligence of authorities, more than 70 per cent of wastewater is going untreated to the river Cooum and Adyar, the two rivers which cut across the city and provide water to smaller water bodies. This has resulted in contamination and loss of a major portion of water resources. A survey of fish species in River Cooum found 49 species in 1949, which dwindled to 21 by 1979 and zero by the end of the last millennium.

Along with Chennai, various other cities in India are facing water crisis right now. According to an assessment done by World Wildlife Fund (WWF), four cities of the country are among the top megacities of the world that are facing water scarcity and drought with Chennai topping the chart, Kolkata standing on the second position. Other two Indian cities featuring in the list are Mumbai and Delhi. Commenting on WWF’s assessment, Dr. Rajendra Singh said,

India has already become a country with the maximum number of cities in the list of the cities with worst air quality in the world. A similar trend seems to be taking place for water too. Currently, only four cities are part of the top 20 list, next year, this number will go up if immediate actions are not taken. 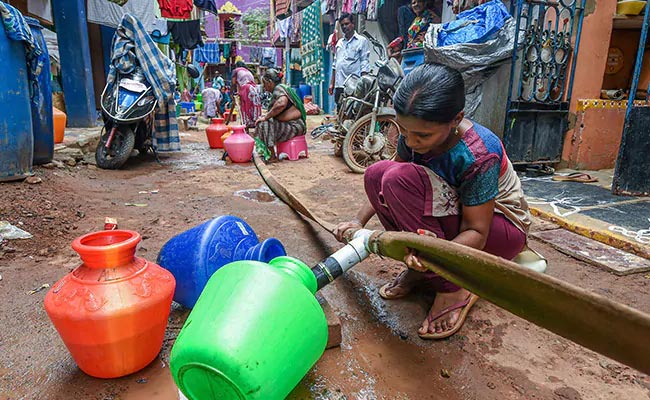 According to NITI Aayog, 12 per cent of India’s population is already living in places with zero groundwater

According to the Composite Water Management Index (CWMI) report released by NITI (National Institution for Transforming India) Aayog in 2018, 21 major cities (Delhi, Bengaluru, Chennai, Hyderabad and others) are racing to reach zero groundwater levels by 2020, affecting access for 100 million people. The major reasons for this, as per the report, are excessive groundwater pumping, an inefficient and wasteful water management system and insufficient rains. The CWMI report also states 12 per cent of India’s population is already living in places with zero groundwater and by 2030, the country’s water demand is projected to be twice the available supply.

The Waterman asserted that water (both fresh and wastewater) management and monitoring of water usage can be a road ahead in tackling the water crisis. He said, “Why is extensive pumping of water required? If treated, wastewater can be re-used for various non-potable purposes.” As per, World Health Organisation (WHO), about 20 litres per capita per day of water should be assured to take care of basic hygiene and food hygiene while the rest is used for laundry and cleaning.

Uttar Pradesh To Commission 1500 MW Solar Projects By Next Year