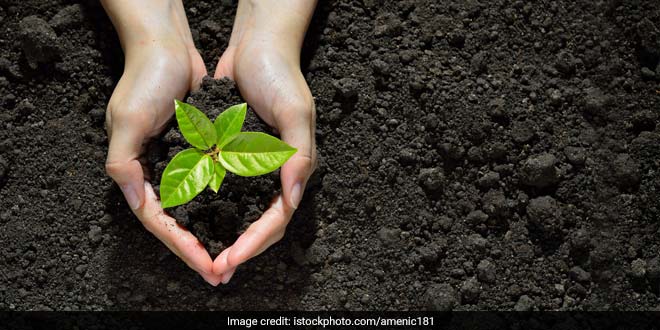 New Delhi: Afforestation of agriculturally marginal lands in Rajasthan and Gujarat would help in effectively reducing dust pollution in Delhi, which recently witnessed severe deterioration in air quality due to dust storm in neighbouring states, The Energy and Resources Institute (TERI) has said.

A massive dust storm wreaked havoc in Alwar, Dholpur and Bharatpur districts of Rajasthan in May, and claimed over 100 lives. The dust storm also led to deterioration in air quality in Delhi to “severe” level.

The drop in air quality brought into light the new phenomenon of summer pollution due to increase in the presence of coarser particles in the air carried by dust storm.

Prodipto Ghosh, a distinguished fellow at TERI, said that one of the most effective ways of reducing dust pollution in Delhi is afforestation.

Dust is mainly coming from the northwest part of the country. So, if we focus our Intended Nationally Determined Contribution (INDC) targets on marginal lands in Rajasthan and Gujarat region, then large-scale afforestation on them would improve the dust situation and even the groundwater situation, Mr Ghosh said.

India has committed to create additional carbon sink of 2.5 to 3 billion tonnes of carbon dioxide equivalent through additional forest and tree cover by 2030 under its INDC which aims to lower carbon emission.

In a recent report of TERI and the Automotive Research Association of India, it was shown that about 74 per cent of pollution in Delhi during the summer is caused by external factors, including dust pollution.

The report also noted that higher concentration of PM10 and PM2.5 in air, particularly in the summer, may be attributed to the trans-boundary contribution.

Wind back-trajectories HYSPLIT for 48 hours for the monitoring days at the sites particularly in summer shows wind flows from far-off regions, it said.

The Hybrid Single Particle Lagrangian Integrated Trajectory (HYSPLIT) is a computer model that is used to compute air parcel trajectories and dispersion or deposition of atmospheric pollutants. Gufran Beig, a scientist at the central government-run System of Air Quality and Weather Forecasting and Research (SAFAR), said afforestation of marginal lands in Gujarat and Rajasthan might help in curbing dust pollution at the local level but not pollutants entering from other countries.

“Dust pollutants from the Gulf region travel at a height of 2-3 kilometres. They would not be impacted by the afforestation of surrounding areas,” he said.

According to the TERI report, about 33 per cent of pollution in Delhi is caused by other countries in the summer and 13 per cent in the winter.