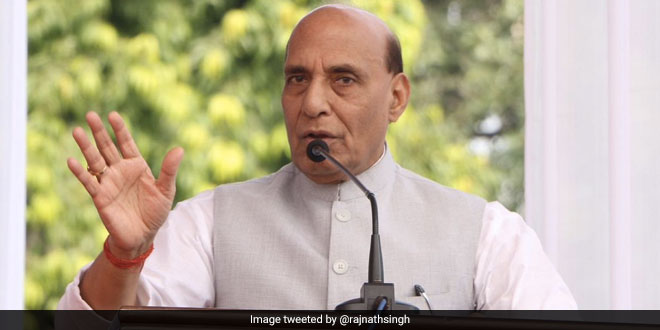 Union Defence Minister Rajnath Singh on Wednesday administered a cleanliness oath to people at an event organised in Delhi Cantonment on the occasion of Mahatma Gandhi’s 150th birth anniversary.

“I will neither pollute the environment nor let anyone do that. I will spread the message of Swachh Bharat Mission to every corner of every village and street. I will administer this oath to 100 people. The step taken by me towards cleanliness will keep my surroundings clean that would help to maintain India clean,” read the oath administered to people by Mr Singh.

Participated in ‘Swachch Bharat Abhiyan’ on the occasion of 150th #GandhiJayanti in Delhi.

As the world facing the challenges of climate change & other environmental issues, it is time to follow the path shown by Gandhiji to make this country and the planet a better place. pic.twitter.com/FJqlv0LcPI

Earlier in the morning, the Defence Minister paid tributes to Mahatma Gandhi. “We bow to him (Gandhi) for his tremendous contribution in shaping the destiny of this country. My heartfelt tributes to Bapu on his jayanti,” he tweeted.