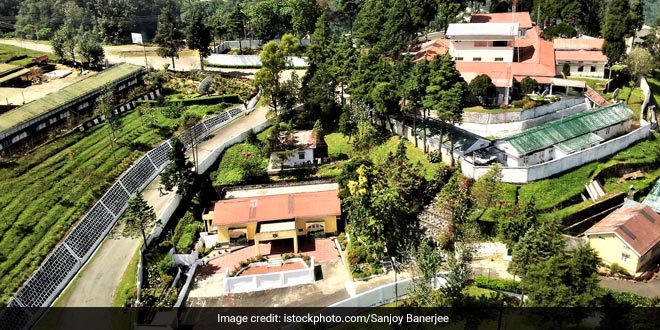 Susceptibility of climate change in north eastern region of India is high, says the study

New Delhi: The Climate Resilience Index is a data-backed assessment that takes into consideration factors contributing to climatic vulnerability, existing adaptation mechanisms in place and ability of the system to bounce back in case of an adverse climatic event. The index measures the ability of a state to cope with climate risks.

It has been drafted by Reckitt as a measure that will help North Eastern States cope up with the effects of climate risks. This assessment of gaps with recommendations have been drafted based on ground assessments, currently being piloted in two states – Sikkim and Nagaland.

Here are some of the highlights from the report’s findings in Nagaland:

– Agriculture is the main occupation in the state but also the most vulnerable to climate change.

– The agricultural systems in Nagaland will have to achieve climate smart objectives, government has to come up with an integrated landscape management approach. Intervention includes contour bunding (involves the placement of lines of stones along the natural rises of a landscape), contour trenching (an agricultural technique that allow for water, and soil conservation, and to increase agricultural production in the region), loose boulder (drainage line treatments), check dams, land levelling and bench terraces, plantation of area specific species, vermicomposting to name a few.

– Given that Nagaland has the highest out-of-pocket expense on health out of the 7 states, exploring traditional medicine can bridge the gap with proper policy, along with modern medicine improving overall healthcare system

So, Why North Eastern Regions?

Susceptibility of climate change in north eastern region of India is high, as per the study, following observations were done:

– Moreover, the report says, parts of the region despite receiving high seasonal rainfall are drought-prone

– One of the 35 biodiversity hotspots in the world and lies within Indomalaya ecozone. As per the CRI study, 24% of India’s forests are in NER; which occupies 8% of India’s geographic area

– The report further highlights that there was a 5% consecutive loss in NER’s forest (70% NER area is forests) between 2017-19, while in that period, India saw an increase of 1%

COP26: What Is Climate Change Adaptation, And Why Is It Important For Human Survival?