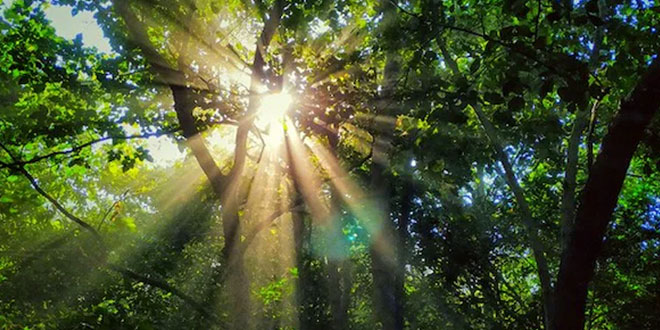 At COP26, the countries not only discussed how to limit climate change but also how to adapt to a warmer world and cope with its impacts

New Delhi: According to the United Nations Environment Programme (UNEP), in the wake of the ‘code red’ warning issued by the Intergovernmental Panel on Climate Change (IPCC), countries are waking up to the need to be better prepared for climate change impacts and plan climate change adaptation or climate adaptation in a better way. At the ongoing climate summit 26th Conference of Parties (COP26) at Glasgow, the countries have gathered to not only discuss about how to limit global warming but also about how to adapt to a warmer world and cope with impacts of climate change that are already happening, as well as prepare for future impacts. The UNEP has said that there is a need to dramatically boost climate adaptation especially in terms of financing and implementation of adaptation actions. But what is climate change adaptation and why does it matter?

What Does Climate Change Adaptation Mean?

Climate change adaptation refers to making adjustments in ecological, social, or economic systems and make it more resilient to the impact of actual or expected climate change, as per the United Nations Framework Convention on Climate Change (UNFCCC).

Why Is Climate Adaptation Needed?

According to D. Raghunandan, Scientist and a member of the Delhi Science Forum, climate change is a reality that is affecting millions of people across the world and adaptation efforts are needed to help their survival along with curbing emissions. It is required for helping communities prepare for frequent and more intense floods, more wildfires, challenges of the sea-level rise, droughts, heatwaves, cyclones, storms, he said. Mr Raghunandan added,

Adaptation is climate-resilient development. Adaptation efforts are needed to help our farmers cope with the changing rainfall patterns, land degradation, soil nutrient depletion. It is required for helping out tribal communities who are dependent on forests to be prepared for longer spells of forest fires. Adaptation efforts are needed to keep people from losing their house, livelihood and life and keep them from becoming climate refugees. Adaptation measures can help reduce vulnerability.

What Does Climate Change Adaptation Consist Of?

The IPCC states that effective adaptation require implementing a mix of different measures to strengthen countries’ resilience and adaptive capacities to climate-related hazards such has cyclonic storms, heavy rains, floods, landslides and others. In its fifth Assessment Report, IPCC listed a number of examples of adaptation measures that the countries across the globe can adopt.

According to IPCC, in order to help farmers enhance drought and pest resistance, enhance yields and provide financial safety net, following adaptation options can be adopted:

To enhance capacity for natural adaptation and migration to changing climatic conditions, protecting species potentially at risk due to climate change, IPCC suggests incorporating the following measures in the policy framework:

Examples for adaptation measures given by IPCC for increasing water resource reliability and drought resilience and enhancing efficiency of available water resources include:

According to Mr Raghunandan, there will be a global stock-take in 2023 which will how effective are the adaptation measures being implemented by various countries and needs to be done to enhance their adaptive capacity.

In India, the government launched the National Action Plan on Climate Change (NAPCC) in June 2008 THAT encompasses both climate protection and adaptation. According to the central government, the plan defines eight priorities: solar energy, energy efficiency, sustainable housing, water accessibility, preservation of ecosystem in the Himalayas, reforestation, sustainable agriculture, and strategic knowledge management. There are different ministries responsible to implement adaptation plans for these eight priority areas. States have also prepared State-level Action Plans on Climate Change (SAPCC). However, Mr Raghunandan highlighted that the exact adaptation actions taken and the impact of those actions are yet to be understood. He said,

There is a lack of documentation in India in termS of the impact of climate change on the country and the adaptation measures taken. The government was supposed to release a report on this in 2019 but so far, it has been delayed.

Mr Raghunandan said that low-income countries tend to be more vulnerable to climate risks and so need greater adaptation measures. He said that for this, the developed countries must fulfill the commitment made under the 2015 Paris Agreement of providing $100 billion a year to support the developing countries in covering the cost of adaptation, which they have not done till now.

According to an analysis done by the UNEP, the economic cost of climate adaptation is likely to be at the higher ended of an estimated $140 billion to $300 billion a year by the end of this decade, and $280 billion to $500 billion annually by 2050.