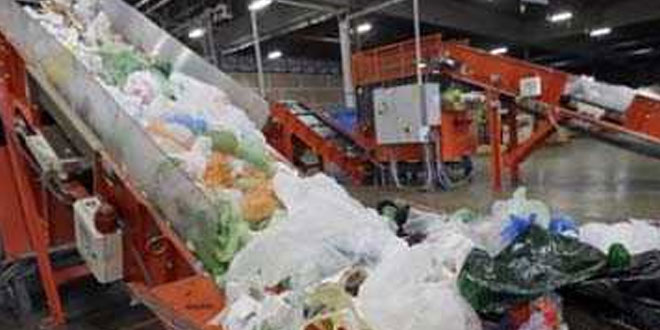 New Delhi:Plastic waste in India has become an increasingly pressing problem over the years. With increasing dependence on plastic, the tendency to dispose of plastic casually has also become a part of the mainstream. Over the years, several waste to wealth mechanisms have been adopted to recycle and reuse plastic in innovative ways. One such trend has been the conversion of plastic waste to fuel and making it usable for both domestic and industrial purposes. Given India’s huge daily generation of over 15,000 tonnes of plastic, the prospects of conversion to fuel are abundant, provided there is sufficient infrastructure available. The current Union government’s focus on waste management via Swachh Bharat Abhiyan also addresses the issue of plastic waste and ways with which the problem could be dealt with.

Dehradun based Indian Institute of Petroleum (IIP), a constituent laboratory of the Council of Scientific and Industrial Research (CSIR) in 2014, developed a unique process of converting plastic waste like polyethylene and polypropylene, both together accounting for 60 per cent of plastic waste, can be converted to either gasoline or diesel. The technology is capable of converting 1 kg of plastic to 750 ml of automotive grade gasoline. Due to nearly nil presence of Sulphur in the produced fuel, IIP’s plastic converted fuel is pure and meets the Euro-III standards. IIP also stated that a vehicle using this fuel would be able to run for at least two kilometres more per litre. The technology was developed by IIP after nearly a decade of research in hope of commercialising it for industrial usage.

The fuel obtained from conversion of plastic is completely environmentally friendly due to absence of any toxic substances. Apart from producing petroleum and diesel, this technology will also ensure that urban and semi-urban areas become plastic free, as instead of disposing plastics as waste, they can be converted to fuel, said Dr. Anjan Ray, Director, CSIR-Indian Institute of Petroleum.

IIP’s technology also received a thumbs up from the Indian Railways two years back in April 2015, when then Railway Minister Dr Harsh Vardhan announced that the Railways would set up plants to manufacture diesel from plastic, which would be used for mechanical traction. Though no plant has been set up yet by the Railways yet, IIP is still hopeful of large scale conversion of plastic to fuel utilising the technology by its scientists.

Also Read: Yes, It Is Possible To Lead A Zero Waste Lifestyle. Take A Cue From This 26-Year Old Bengaluru Woman

Far from Dehradun, in Maharashtra’s Pune, Medha Tadpatrikar has also achieved significant success in converting plastic waste to fuel, that too without the aid of a fancy laboratory or a scientific background. Medha’s tryst with plastic began in 2009, when she and her friend Shirish Phadtare were appalled at the amount of plastic garbage casually thrown around and often wondered if anything could be done to put plastic waste to use. This resulted in extensive research by the two women who deducted that usable fuel could be obtained from plastics, using the mechanism of thermos-catalytic depolymerisation. Subsequently, Rudra Environmental Solutions was founded and in 2010, the first plastic to fuel conversion machine was set up in Pune. 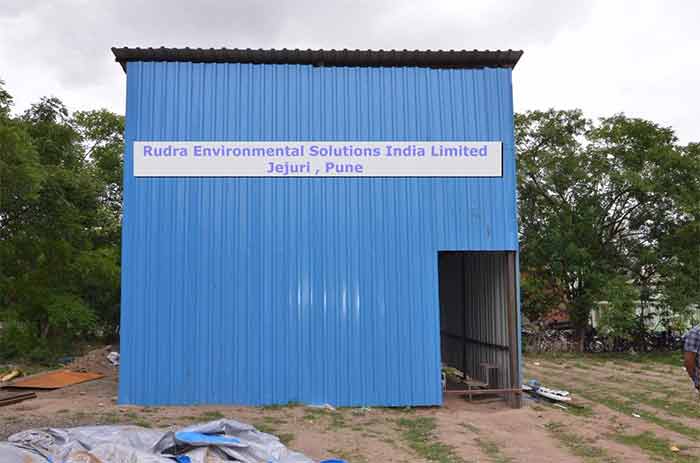 The amount of plastic we would see around us was appalling, and I always wondered what the alternative would be. Plastic is essentially made from crude oil, so we decided to reverse the process to try and obtain fuel from it. We developed a machine in 2010 but had to stop its functioning due to emission of gases, whenever the plastic would be heated. In 2013, we redesigned the machine and restarted the process of converting plastic to fuel. The gases emitted due to heating of plastic are now used to fire up the machine, said Medha Tadpatrikar, co-founder, Rudra Environmental Solutions.

The collected plastic waste is shredded and dumped into a reactor. Post that, a catalyst is added and the plastic is heated at a temperature of 150 degrees. The gases emitted such as methane and propane as stored in a separate gas tank to be used as heating source for the machine to function. The oil obtained is filtered, stored and readied for dispatch. With such a small setup, Rudra has revolutionised how plastic can be successfully converted to fuel. A tonne of plastic can approximately produce 600 to 650 litres of fuel, 20 to 25 per cent synthetic gases and 5 to 10 per cent of residual char, which can be used for road filler with bitumen. The organisation today collects plastic waste from nearly 15,000 households from Pune, as well as encourages people from all over India to send plastic waste via courier for conversion to fuel. 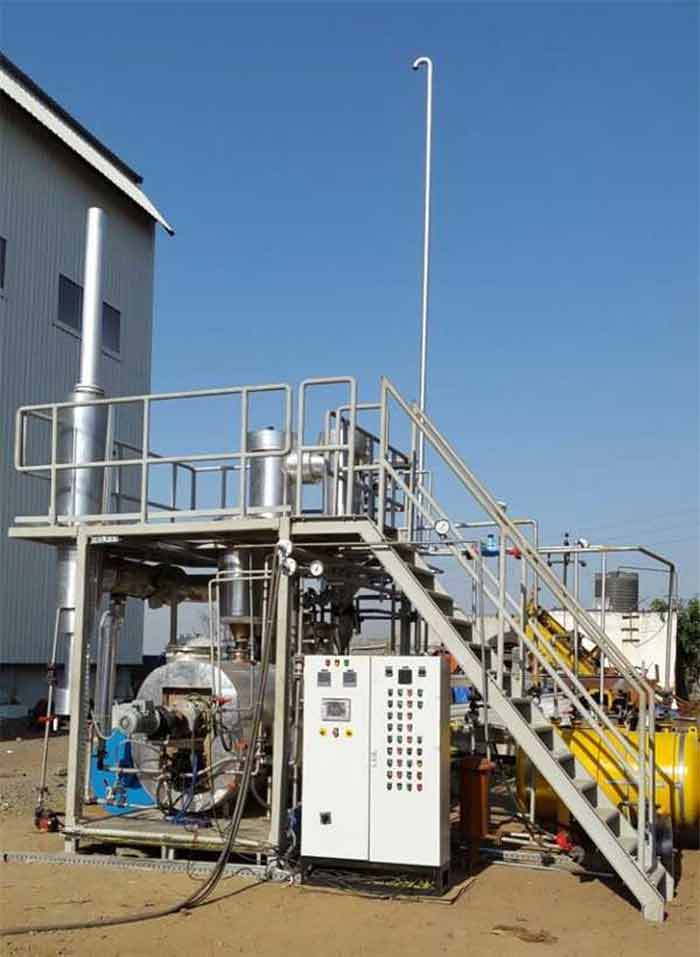 We work extensively in Pune and Thane, and continuously encourage people from all over India to send us plastic waste. In India, fuel prices are a big concern and since a lot of plastic waste is generated in the country, converting them to fuel can result in distribution of fuel at lower prices to the economically weaker sections of the society, said Ms Tadpatrikar.

Among states, Goa has been instrumental in converting plastic waste into fuel. Two plants in Goa’s Bicholim and Sonsoddo have been setup under the public private partnership (PPP) model with Bangalore-based M K Aromatics Ltd. Goa which generates nearly 66 metric tonnes of plastic waste every day, has ample plastic waste to be converted to fuel. The two plants, functional since 2016, have been instrumental in converting plastic waste to fuel. In Hyderabad, the waste to energy company Ventana announced the setting up of multiple waste to fuel plants, in collaboration with Ramky Environment, a waste management service. The announcement was made in January 2017.

Though slow, progress is being made on the waste to fuel conversion front in India. Unfortunately, despite the big strides in waste management, extensive setting up of waste to fuel plants across the country is still awaited. The technologies employed to convert plastic waste to fuel are not complicated to replicate, and if done so on a large scale, will only help in addressing the growing issue of India’s plastic waste.

Also Read: These IT Professionals Show India How To Turn Waste Plastic Bags Into Fashionable Handbags

E-Waste In Northeast India: How Assam Is Planning To Fight The Rising Crisis