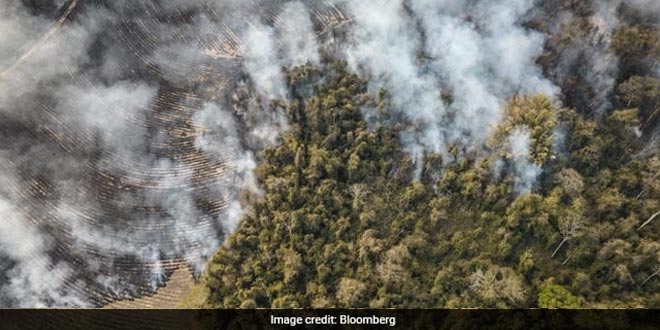 He also noted that the commitments of carbon neutrality and to raise ambitions in nationally determined contributions to be in line with climate justice and principles of equity and common but differentiated responsibilities and respective capabilities (CBDR-RC). The Environment Minister highlighted the ambitious climate actions taken up by India in areas of renewable energy, energy access, and efficiency, sustainable transport including e-mobility, sustainable agriculture, enhancing green cover, etc.

India has achieved a reduction of 24 per cent in emission intensity of its GDP between 2005 and 2016, thereby achieving its pre-2020 voluntary target, he said.

The minister pointed that the accelerated climate action by developing countries like India requires the contingent provision of climate finance, technology, and other means of implementation support. He also highlighted the importance of global partnerships and cooperation and requested the LMDC countries to join the initiatives of the International Solar Alliance (ISA) and Coalition for Disaster Resilient Infrastructure (CDRI) launched by India.

The ministerial-level like-minded developing countries group meeting has been hosted by the plurinational State of Bolivia ahead of the upcoming crucial 26th climate change conference to be held in Glasgow, the UK from October 31 to November 12, 2021. LMDC comprises around 25 developing countries from Asia and other regions. A ministerial statement was endorsed by the LMDC ministers during the meeting, expressing their full support to COP26 Presidency and willingness to work closely and constructively with all other parties and stakeholders towards a successful COP26 through the multilateral process that is conducted in an open and transparent, inclusive, party-driven and consensus-based manner.

How COVID-19 Could Bring Adverse Complications For Pregnant Women