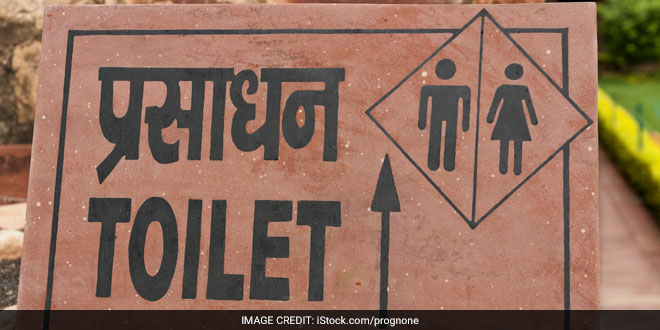 While launching the schemes, Kumar said, “With the seven resolves schemes getting translated into reality, the people of Bihar, be it of villages or towns, would certainly become smarter citizens.”

On the eve of Bihar poll, Mr Kumar had announced his “seven resolves”. The same was adopted by the grand secular alliance government as policy of governance for next five years. The launched two schemes — ‘Har Ghar Nal Ka Jal’ (Piped drinking water to every household) and ‘Shauchalay Nirman, Ghar Ka Sammaan’ (Toilet in every household), will cover all towns and villages of the state by the end of 2019.

Making light of the Centre’s ‘Smart City’ scheme, Chief Minister said, “With people getting power and piped drinking water supply besides pucca road connectivity and drainage system, why would people come to towns? I don’t know when the smart city would be created.”

“My government has given Rs 300 crore as grant for the construction of toilets in cities alone. How can a city become a ‘smart city’ by spending Rs 500 crore on it. I don’t know that whether a smart city can be created with annual expenditure of Rs 100 crore,” he added.

Stating that out of the seven resolves, the state government has already implemented its one resolve of providing 35 per cent reservation for women in government jobs, the implementation of these two schemes would fulfil people’s desire of getting better basic amenities, according to the Chief Minister.

Funds have been allocated for the purpose, he added. The state government would provide Rs 12,000 per family for construction of a toilet in urban and rural areas, Mr Kumar said, adding that community toilet would be built for those people who do not have space for constructing toilets.

But, out of these community toilets every household would be handed over key of one toilet which they should clean and maintain with personal interest, he said.

Emphasising that all the schemes of seven resolves are ‘universal’, Mr Kumar said merely constructing toilets would not serve the purpose of making the state ‘Open Defecation-Free’, but there should be proper awareness for the benefits of using toilets.

Giving details of the schemes, Development Commissioner Shishir Sinha said 15.71 lakh families in urban areas have to be covered under the piped drinking water supply scheme by the end of 2019.

As per the survey conducted by the government, there are 19.08 lakh families in 140 urban local bodies, a statement by Urban Development Department said.

Panchayati Raj Department would provide water supply in 5,013 panchayats, while PHED would supply piped water in 3,378 panchayats, it said.

There are 1.60 crore families which do not have toilets in their homes, while the number in urban areas is 7.93 lakh families, Mr Sinha said, adding that the government has set a target of constructing toilets by 2019.