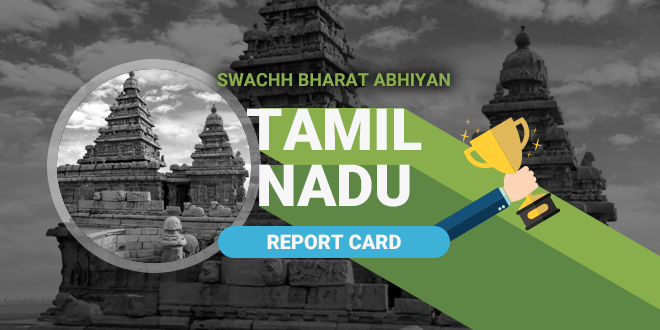 New Delhi: Tamil Nadu is the 11th largest state in India with almost 72 million people, more than most countries in the world. The state’s social indicators, like its neighbour Kerala, have been well above the national average. The sex ratio (Females per 1000 male) of India is 940, while in Tamil Nadu it is a healthy 995. The same is reflected in indicators like literacy rate which in Tamil Nadu is over 80 per cent, as against the country’s literacy rate of 74 per cent. Even literacy among women at 73% is way above the national average of 65%. Given this backdrop, it comes as no surprise that the state of sanitation in this southern state too is well above the national average. While nearly 40% of India still defecates in the open, in case of Tamil Nadu less than 10 per cent and 25 per cent of the households in urban and rural areas respectively, lack access to a toilet.

The state has come a long way in terms of sanitation since the inception of Swachh Bharat Abhiyan. This is evident from the fact that toilet coverage has risen in the last three years especially in rural areas (from 48 per cent in 2014 to 77 per cent in 2017). The zeal and efforts of individuals in the toilet construction process is seen to be the key reason behind this growth. 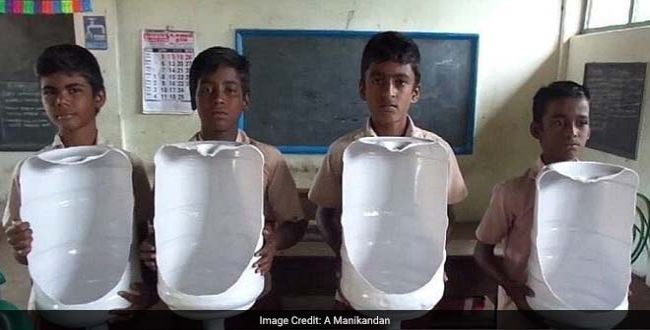 Be it class 4 students of Kurumbapatti village who solved the problem of lack of clean toilets in their school, by building urinals from plastic waste water cans or the women from Pasumpon Nagar village who took up the task of making the village Open Defecation Free (ODF) and managed it successfully or the Self-Help Groups in every district and people (especially from rural areas) from all walks of life, have personally involved themselves to help the state government achieve the ambitious feat of going ODF by March 2018. 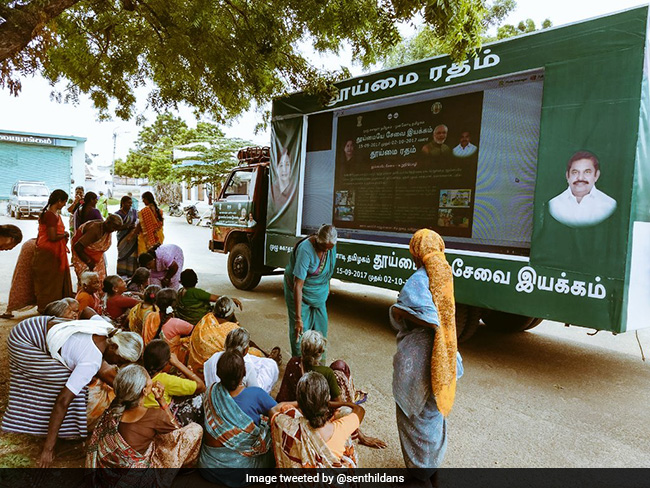 From the word go, we wanted that the task of building toilets to be conferred upon the citizens, making them the major the stakeholders. ‘Information, Education and Communication’ was aggressively implemented in the rural parts, encouraging the residents to not only turn the areas ODF but also to sustain the tag, says a senior official from Swachh Bharat Mission-Gramin (SBM-G), Tamil Nadu.

Involving sanitation experts was another tool adopted by the civic bodies of the state, “We took help from highly knowledgeable people and also trained local representatives on health and sanitation who accompanied the officials in every village to spread awareness extensively,” he adds.

After three years of Swachh Bharat Abhiyan, a significant change has been recorded. Of the total 31 districts, three major districts – Kanyakumari, Coimbatore and Madurai have been declared ODF. Around 10 districts- Thoothukudi, Nilgiris Namakkal, Kanchipuram, Tiruvallur, among others, have attained more than 80 per cent toilet coverage and by the end of this year, the officials aim to declare these regions ODF. 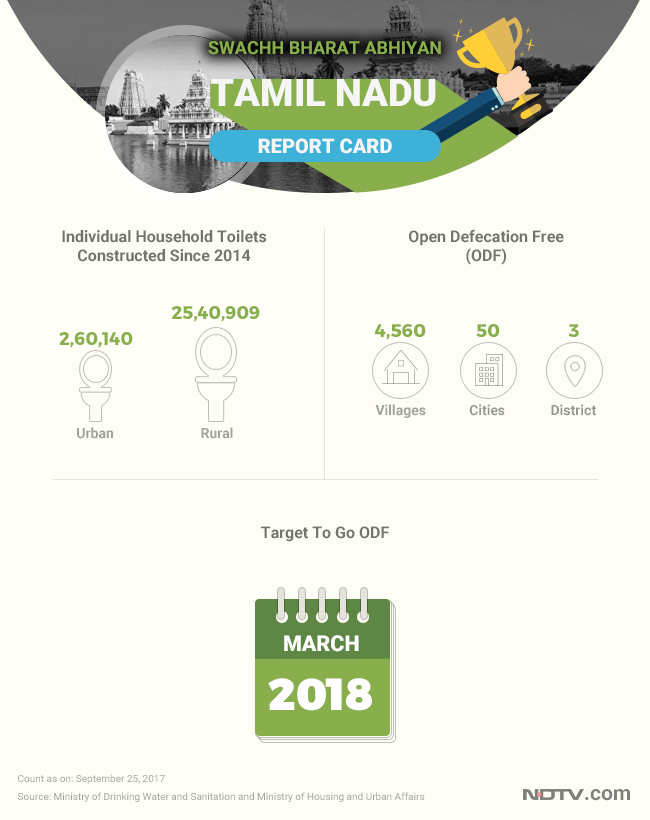 The SBM-G has now directed the civic bodies to keep Kanyakumari, the first ODF district, as a model to eradicate open defecation from their areas. After giving toilet access to all its 2,26,544 households, the Kanyakumari district corporation is now striving for an ODF plus title by enhancing its existing solid and liquid waste management system. In case of rural Madurai, extensive community participation was also the mantra behind its ODF success story, as within two years the sanitation coverage was increased from a mere 30 per cent to 97 per cent.

Women in rural Tamil Nadu overcame all obstacles and constructed toilets for their children. #Swachhagrahi pic.twitter.com/pNkby4XbXz

#TamilNadu has set an example for other cities to follow. Get your cities ready to beat this record. pic.twitter.com/D2ifEd8qFw

However, major cities like Chennai, urban Madurai are still struggling in the ODF process despite the urban areas having 90 per cent sanitation coverage. This was reflected in the recent Swachh Survekshan, as both the cities slipped from the 2016 rankings and sanitation was cited to be a major reason. Greater Chennai especially lacked in construction of public toilets and maintenance of existing ones, as out of 866 toilets, 571 were found to be damaged. Coimbatore was probably the only city whose performance improved, thanks to its ODF title. 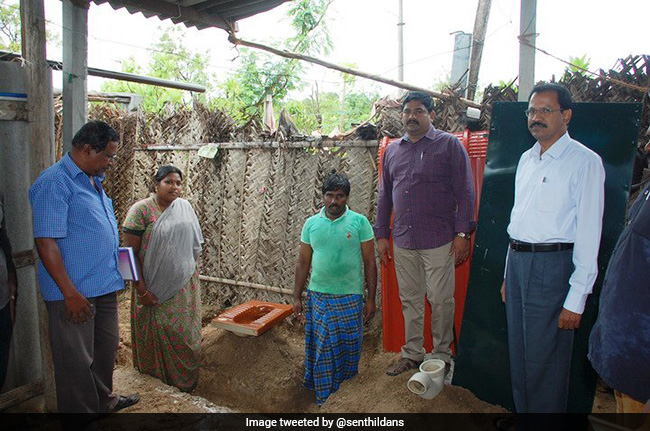 However Chief Minister Edappadi K. Palaniswami is optimistic about the state’s March 2018 deadline to go ODF. He reiterated this assurance in a meeting held recently with Durga Shanker Mishra, Secretary, Ministry of Urban Development.

To boost the ODF process, both rural and urban parts are organising several programmes under the 15-day initiative ‘Swachhta Hi Seva’. Activities like cleanup drives at tourist and public places and enhancing the sanitation levels in educational institutes and hospitals are lined up till October 2, “Swachhata Hi Seva is a good opportunity for us to re-trigger the enthusiasm of people and motivate them to build toilets,” adds the official.

After Bihar, Jammu & Kashmir Has The Lowest Sanitation Coverage

Urban Areas Of The Second Most Populous State Of India – Maharashtra Achieves Its Open Defecation Free Target, The State Will Be 100% Swachh By March 2018