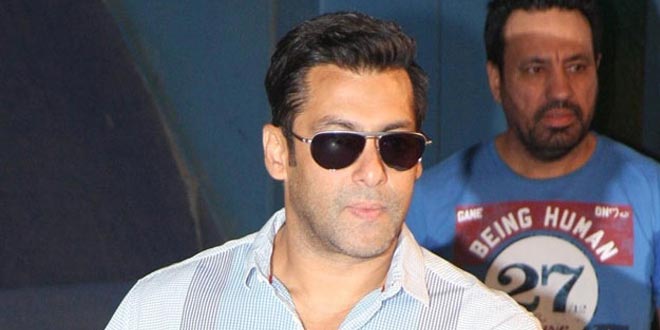 Mumbai: Bollywood actor Salman Khan, who had agreed to become a brand ambassador for the civic body’s drive against open defecation, today visited a slum in Aarey Colony here and took a stock of the situation.

Open defecation is prevalent in the area as toilets are not clean and their number is not adequate, the official said.

“Local people complained to Mr Khan that Aarey Colony authorities do not allow repair of toilets. Salman promised that his `Being Human Foundation’ will repair all the existing toilets at its own cost and also provide mobile toilets if required, provided  Municipal Corporation of Greater Mumbai (MCGM) gave the foundation an NOC from Arey authority,” said the official.

Meanwhile, MCGM has said that it succeeded in curbing significantly the number of spots in the city where open defecation was prevalent.

“In our 24 administrative wards, there were 118 open defecation spots as of October 2014. 98 spots have been freed of this menace by constructing toilets. This is 83 per cent reduction. Rest 20 spots would be made free of open defecation very soon with our efforts and people’s active cooperation,” said Kiran Dighavkar, the civic official designated to look after the drive.