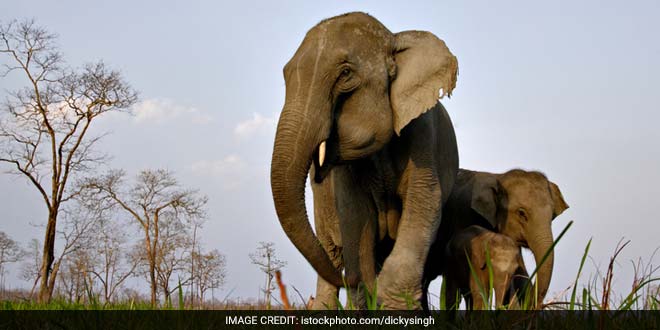 Kolkata: West Bengal has evolved a rather unique solution to growing human-elephant conflicts (HECs) — constructing toilets so that villagers don’t have to defecate in the open and face the wrath of the jumbos.

Open defecation is one of the concerns flagged by officials in West Midnapore district, where accidental deaths do occur when villagers, who come to relieve themselves in the early hours, find themselves face to face with elephants in the forests bordering their hamlets.

This has now become a thrust area for Forest Department officials to tackle HECs, particularly in the southern part of the state, which is a hub for such aggression.

Although Bengal harbours only two percent of India’s wild elephant population (around 30,000 jumbos in the country), they are believed to be responsible for over 20 percent of the total human deaths.

Range officers are generating awareness and pushing for construction of toilets under the state’s Nirmal Bangla mission to transform all the hamlets to Open Defecation Free (ODF) villages by October 2, 2019.

“We are working in a concerted manner so that the Nirmal Bangla Scheme is implemented involving Divisional Forest Officers (DFO) so that all villages close to forests have toilets,” Chief Wildlife Warden and Principal Chief Conservator of Forests Pradeep Vyas told IANS.

The state government recently gave the green signal to create a new division in West Midnapore district in view of frequent elephant attacks.

Bankura and West Midnapore account for the maximum number of HECs.

In 2015-2016, 108 people were killed and 95 injured by wild elephants in the state. Fourteen elephants have been killed in retaliation.

Though there has been a “sizable decrease” in human deaths over the year, Vyas said integration of development initiatives with environment protection is necessary.

And toilets are part of the deal.

“There are several deaths that happen early in the morning when people go out to the fringes of villages to defecate. Out of 18 human deaths (mostly accidental) in 2016 in West Midnapore, four or five can be attributed to open defecation. We are spreading the message among people to avoid this habit and at the same time pushing for toilet construction in all houses,” Midnapore Divisional Forest Officer R.N. Saha told IANS.

Toilet construction coverage is close to 60 per cent in the district.

Read More: Bengal Rural Homes To Get Toilets By March 2019

Advocating use of toilets, wildlife biologist Varun Goswami of the Wildlife Conservation Society (WCS), pointed out that elephants are generally scared of people and, left to themselves, would rather not encounter humans.

“This is why they typically traverse through human-dominated areas, or engage in crop raiding, at night. When elephants are on edge, accidental encounters with people can lead to unintended elephant-caused human deaths. Such encounters are best avoided, and in this case, easily achieved through a small change in routine — the use of toilets rather than open defecation,” Goswami told IANS.