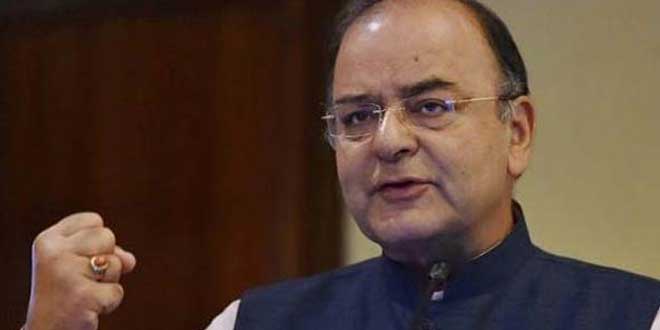 New Delhi: While unveiling his annual Budget on Wednesday, Finance Minister Arun Jaitley said that sanitation cover in rural areas has gone up from 42 per cent to 60 per cent.

Swachh Bharat Yojana sanitation coverage up from 42 per cent in October 2013 to 60 per cent. Open defecation-free villages are now being given priority for piped water supply, Arun Jaitley said while presenting the Union Budget 2017-18 in the Lok Sabha.

We propose to provide safe drinking water to cover 28,000 arsenic fluoride affected habitations in the next four years (2020), he said.

For imparting new training to the people in rural areas, mason training will be provided to five lakh people by 2022, added Arun Jaitley. He further said, with an immediate target of training at least 20,000 by 2017-2018.

Panchayat Raj institutions still lack the human resources for implementing developmental programmes. A programme of human resource reforms for results will be launched in 2017-18 for this purpose. The government will continue to work closely with the farmers and other people in rural India to improve life and environment. This is a non-negotiable agenda for our government, added the Finance Minister.