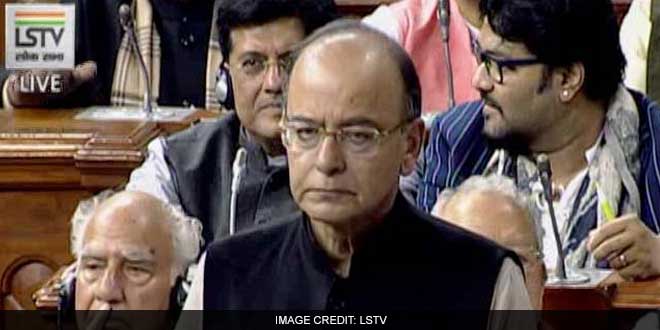 New Delhi: Finance Minister Arun Jaitley presented his fourth Budget in Parliament today. In the build-up to this budget, expectations ran high as not only was this coming after demonetisation, but it also precedes elections in five key states. Apart from making key announcements on tackling black money, initiating steps to bring transparency in political funding and making some key announcements on the income tax front, Mr Jaitley stated that the focus of the Budget is to Transform, Energise and Clean India. On the Clean India front,  here are the five important announcements made by the Finance Minister today in his Budget –

1. Swachh Bharat mission has made tremendous progress and sanitation coverage has been scaled up to 60 per cent now.

2. Open defecation free villages will be given priority for piped water supply facility.

3. The aim of the government will be to provide safe drinking water to 28,000 arsenic and fluoride affected habitations.

4. Railways will focus on cleanliness and for this SMS-based service called – Clean My Coach Service, for single window complaints has already begun. Another important step will be to install bio-toilets on all coaches of railways by 2019.

5. Government will also help set up solid waste management plants in order to reduce the load of garbage on the landfills.

Delhi and Jaipur to have solid waste management plants and five more to be set up later: #FM. #Budget2017

Even before the Budget was presented,  President Pranab Mukherjee while addressing the joint session of Parliament on the first day of the Budget Session, declared about 1.4 lakh villages, 450 cities, 77 districts and three states open defecation free. This is likely to get further impetus, given that the aim of the budget is to spend more in rural areas, infrastructure and poverty alleviation. For the year 2017-18, the total allocation made for rural, agricultural and allied sectors is 1,87,223 crores, which is 24% higher than last year. For Railways, 1.31 lakh crores has been allotted for developmental work, which includes 55,000 crores from Budget.