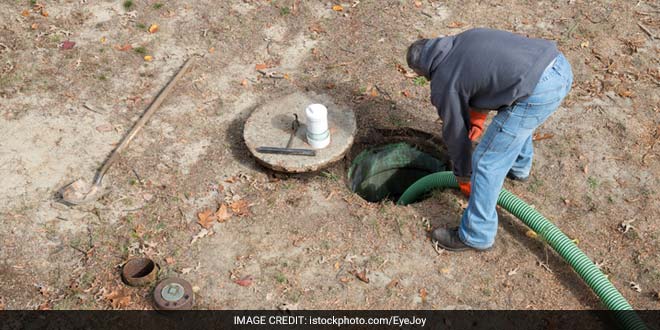 Shimla: The Shimla Municipal Corporation (SMC) is trying to find an on-site solution to dispose septage from septic tanks of toilets, public and private, under a project funded by the European Union.

Shimla Mayor Sanjay Chauhan, who attended a summit on sustainable water and sanitation, said as an outcome of the summit, the European Union decided to fund the corporation’s project to find a solution for disposal of septage from septic tanks.

“The corporation has invited an expert from Mumbai for the treatment of the septage on trial basis,” he said.

The Mayor had taken up the issue at the summit to strengthen sanitation approach for improving drinking water and cleanliness for hilly regions.

Mr Chauhan also held a meeting yesterday regarding taking over of a septic tank at a community toilet and another at an individual’s house for septage disposal using bacterial culture.

“It has been proposed to use the Bio-culture ‘Bioclean BD’ in the septic tanks of community toilets where the footfall is more. For this purpose the community toilet at Bharari that is not connected to sewage line has been selected,” the Mayor informed, adding bio-culture shall be used for a household septic tank having limited usage.

“Proper use of bacterial culture will be able to control odour and convert solid fecal particles into a liquid that can be used for agriculture. The whole process will take around 90 days,” he said.

If the trial run is successful it can be replicated across the city and elsewhere in the state, Mr Chauhan said.