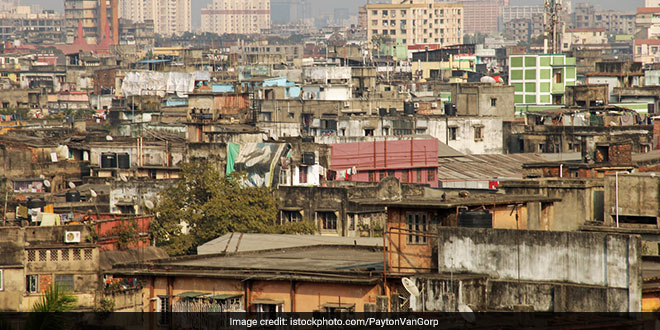 New Delhi: The coal-belching town of Jharia in Jharkhand fared as the most polluted city in India, while Delhi showed some marginal improvement in reducing its air pollution level, according to a Greenpeace India report Airpocalypse IV released on Tuesday (January 21). Delhi ranked 10 this year, as compared to its eighth position in the 2019 edition of the report. These ranks were given by Greenpeace India based on 287 cities’ average annual levels of PM10 in 2018, particulate matter less than 10 mm in diameter that can enter the lungs and even the bloodstream.

Jharia’s PM 10 levels were recorded at 322 micrograms per cubic metre which is more than six times the safe limits identified by the Central Pollution Control Board under National Ambient Air Quality Standards (NAAQS).

The second most polluted city on the list, also in Jharkhand, Dhanbad is known for its rich coal reserves and industries. These two cities were followed by Noida and Ghaziabad which are also an integral part of National Capital Region and are geographically located in Uttar Pradesh, also home to 6 of the top 10 polluted cities.

When it comes to the national capital’s improvement, the annual average of PM10 levels in Delhi reduced from 240 in 2017 to 225 in 2018. The financial capital of India, Mumbai has been ranked as the 37th most polluted city in India, in 2018. The report also said the city’s air quality is eight times worse than the limit prescribed by the World Health Organisation (WHO).

The further report names Lunglei in Mizoram as the least polluted city of India followed by Meghalaya’s Dowki.

In 2015, the Environment Ministry identified 102 cities as “non-attainment” cities (which do not meet National Ambient Air Quality Standards) under the National Clean Air Programme that aims for a 20-30 percent reduction in PM10 and PM2.5 concentrations by 2024, Avinash Chanchal, Senior Campaigner with Greenpeace India and one of the two authors of the report said. Ideally, all these 231 cities are non-attainment cities and should be included in NCAP, he said.

Commenting on the worsening air quality of the country, Mr. Chanchal told NDTV,

It’s worrying to see that more than 80 per cent cities had PM10 levels exceeding the 60 µg/m3 limits for PM10 prescribed under National Ambient Air Quality Standards. If we want to make NCAP truly a ‘national program’, then we have to include all polluted cities into it and implement it with the addition of specific pollution and emission reduction targets in a time-bound manner.

The city-level action plans provided by the non-attainment cities under NCAP, according to Mr. Chanchal lacks regional and air-shed level approach and are too city-centric. Elaborating on this he said,

Of course vehicular emissions within the city are a part of the problem but the major emitters in the nearby regions should not be ignored. More emphasis needs to be laid on the regional and air-shed approach for air quality control. What is the use of conducting 102 source apportionment studies for non-attainment cities if we are going to ignore regional sources of pollution and only quantify sources with the city’s administrative boundaries and are not including the sectoral targets and policies for emission reductions? he signed off.

‘Emergency’ Is The Level Of Urgency Delhiites Attach To Air Pollution In The Capital, Finds A Perception Survey