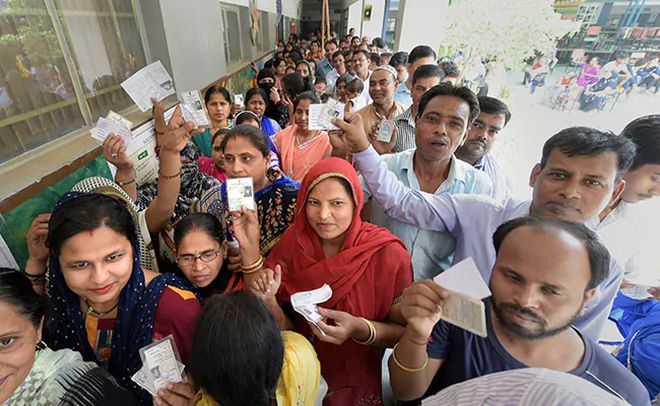 New Delhi: As the national capital – New Delhi prepares for the state elections 2020, citizens of Delhi’s residential welfare associations launched the ‘Citizens Green Manifesto for a Smart and Sustainable Delhi’ 2020. The manifesto has been prepared by two Delhi environment-based NGOs – New Delhi Nature Society and Green Circle with the motto of making the city cleaner and greener.

According to the NGOs, this green manifesto is a roadmap and approach to tackle pollution at every level in the city – be it air, water or solid waste management. ‘We need all political parties contesting for Delhi elections to adopt these 10 demands in their vision documents and action plans for the next 5 years of government,’ reads the green manifesto.

Key Demands Of A Green Manifesto For Delhi Elections 2020

10. Ban all kinds of firecrackers on all occasions and stringent penalties for sellers/users of crackers

Also Read: Delhiites To Get ‘Bharat Darshan Park’ Where Replicas Of Famous Indian Monuments Will Be Built Using Waste

Officials must be made accountable for environmental targets. These green laws should be implemented in letter and spirit, further reads the green manifesto.

The green manifesto has been prepared with the help of people from different walks of life, it represents the demands of Delhi and its people.

An official from New Delhi Nature Society NGO said that the physical copies of this manifesto have been shared with all the contesting parties and hopefully these will be taken into consideration.

Assembly elections in Delhi are scheduled for February 8, with Chief Minister Kejriwal and his AAP (Aam Aadmi Party) bidding for re-election. Results for the Delhi elections will be declared on February 11.

Plastic Crisis: China Plans To Eliminate Single-Use Plastic Bag And Other Items By 2025