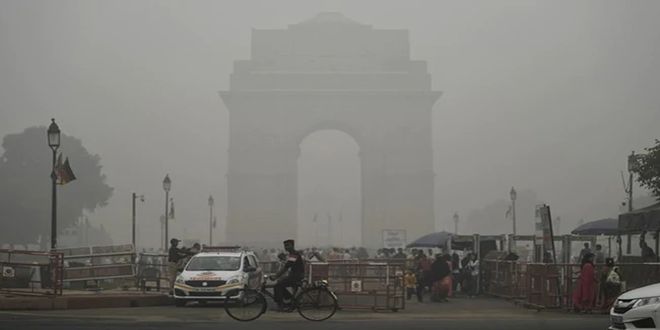 New Delhi: Multiple studies conducted in recent years have revealed that the magnitude of the problem of air pollution has worsened over the years. It has not only impacted the health of the people, but has also resulted in financial damages for the country as well. According to an estimate done by the World Bank and the Institute for Health Metrics and Evaluation (IHME) at the University of Washington, Seattle, India has lost about 560.4 billion dollars between 1990 and 2013 because poor workforce health caused by worsening air toxicity. In a bid to understand the level of awareness among the public on the impact of air pollution in their daily life, EnvEco Logic, a Delhi based environmental think tank and URJA (United Residents Joint Action of Delhi) conducted a perception survey in Delhi with support from TERI (The Energy and Resources Institute). The survey report titled ‘State of Delhi’s Air: Dilli Ki Awaaz’, released on Thursday sheds light on Delhiites’ awareness about various policies and laws regarding air pollution, the impact of indoor air pollution, solutions and preventive measures to reduce air pollution.

The survey covered 5000 people, selected randomly from all districts of Delhi and representing genders, various age groups and occupations. While talking about the objective of the perception survey Alok Raj Gupta, Founder of EnvEco Logic said,

In 2015 alone, Delhi witnessed millions of cases where workforce had to limit its activity due to the toxic air. Many doctors have revealed that the number of visits to the emergency room for respiratory issues increases manifold during peak pollution periods. Considering these factors, it becomes critical to capture the levels of people’s awareness and preparedness towards dealing with the current air pollution crisis. The aim is to know about their priorities and how they are prepared to protect themselves from compromising impacts on their lives.

He further said that while current air pollution crisis paints a bleak picture for the health of people of Delhi, the findings of the survey show that the youth of the capital is willing to bring a change and take a lead in steering the actions towards lowering pollution levels.

Major Findings Of The Survey Report

Martand Shardul, a researcher at TERI highlighted that while conducting the survey, it was observed that air pollution has given rise to a new form of inequality where the majority of people from the weaker economic background are unaware of harmful impacts and lack access to the means to protect themselves. He further said,

Not taking strict actions to curb air pollution is an injustice to all, particularly to those who have to work in polluted environments like labourers, policemen and street vendors.

According to Atul Goyal, President of URJA, the insights from the perception survey can help the government to build the roadmap for effective awareness campaigns and for designing solutions that can help in curbing the deterioration of capital’s air. He further asserted that there is a need to focus on adaptation measures along with preventive measures to minimise health impacts. He urges the government to provide subsidies on preventive aids wherever possible to facilitate reach and affordability for all.

Air Pollution In The Capital

According to the Central Pollution Control Board (CPCB), Delhi is one of the most polluted cities in the country which suffer long stretched of poor air quality especially in winters. Centre for Science and Environment (CSE), Delhi based research and advocacy group, highlights that in Delhi about 39 per cent of Particulate Matter 2.5 (PM 2.5) emission is caused by transportation followed by industries that caused around 22 per cent of PM 2.5 emissions, this is followed by suspended dust and garbage/biomass burning which contribute to 18 per cent and 12 per cent to the PM 2.5 emissions respectively.