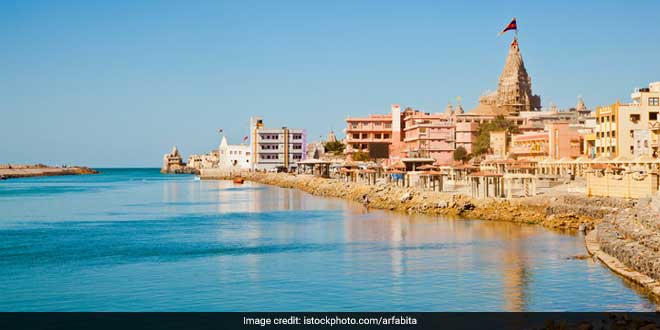 New Delhi: Last year on October 2, Porbandar – the birthplace of Mahatma Gandhi along with other cities and town was declared open defecation free (ODF) and this year on the same day, the Gujarat’s rural areas have attained the ODF status. Marking the Rashtriya Swachhta Diwas, Chief Minister Vijay Rupani announced that all the houses in rural areas have an access to a toilets at an event organised at Mankek Chok in Porbandar. A total of 50 lakh families all over the state were provided with a toilets in last three years.

“We have achieved the target of ODF ahead of the centre’s deadline of 2019. I thank all the district and panchayat level officals for achieving this ambitious feat. We have made the goal of 2019 possible in 2017,” the chief minister said. The ODF certificate was given by President Ram Nath Kovind.

With all its rural areas free from open defecation, Gujarat today becomes the sixth ODF state after Sikkim, Kerala, Himachal Pradesh, Haryana and Uttarakhand. With construction of more than 31 lakh toilets (31,31,345), all the 31 districts and about 18,000 villages (18,071) of the state have ended the age old practice of open defecation. A total of 36,06,238 individual latrines have been built in the state since the inception of Swachh Bharat Abhiyan.

Now that the state has achieved the mammoth task of being ODF, it will now aim to make all its cities and districts ODF plus, a tag which will aim to enhance its existing water supply, improve sewerage lines, storm water drains and build pucca cement roads. 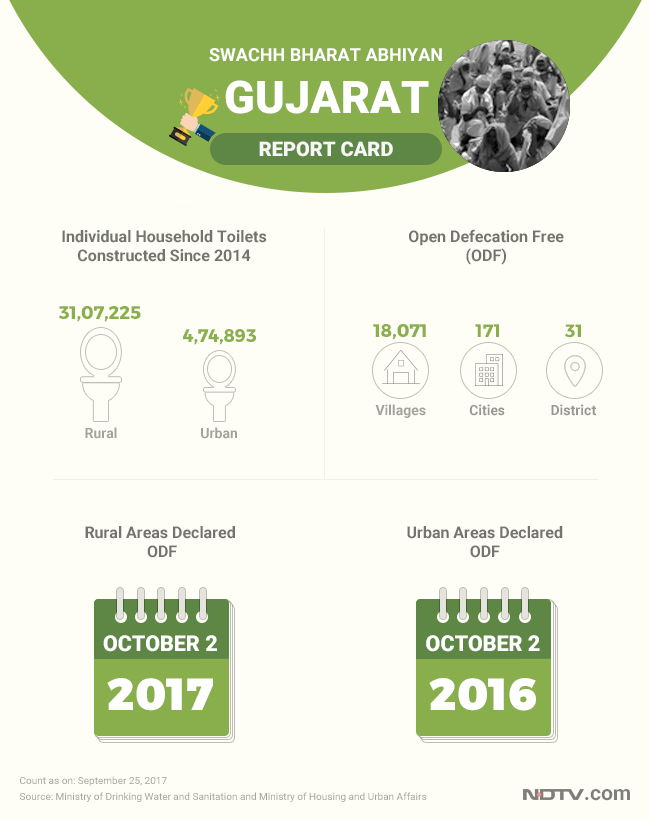 In the recently held Swachh Survekshan 2017 which assessed 434 cities across India, 30 cities were from Gujarat, in fact, it had 12 cities in the Top 50. Last year, Gujarat had just three cities in the Swachh ranking list.

Top Bankers Extend Support To Swachh Bharat Abhiyan, Pledge Their Resources And Money To Make It A Success