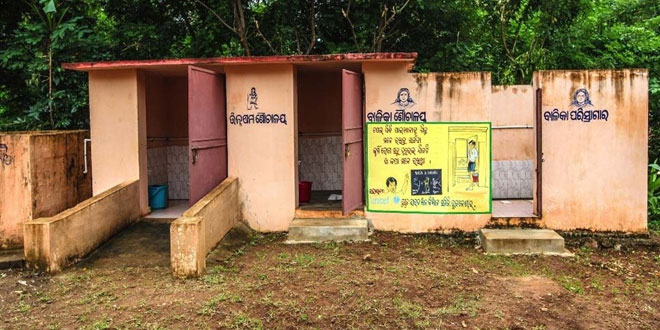 New Delhi: States are free to choose appropriate toilet technology for safe disposal of excreta, Jal Shakti minister Gajendra Singh Shekhawat informed Rajya Sabha on Monday. Replying to supplementaries during the Question Hour, he said that his ministry was promoting the use of twin-pit toilets in which human excreta was being converted into manure. He said no state has so far urged the central government for the introduction of bio-toilets.

The minister said a total of Rs. 24,000 crore has been dedicated to implementing bio-toilets under the Swachh Bharat mission and has led to a change in mindset. He said in his written reply,

The Department of Drinking Water and Sanitation has been implementing Swachh Bharat Mission (Gramin) [SBM(G)], a centrally sponsored scheme, across the country to facilitate the states in accelerating rural sanitation coverage. The Department promotes use of twin pit toilets in which human faeces automatically becomes manure in 1-2 years and are much cheaper and effective.

He, however, added that “the government is technology-neutral”. The government does not promote a particular technology and if a state feels some technology is better, it can implement that in their respective state, the minister said.

He said the existing guidelines provide flexibility to the States and Union Territories to choose appropriate toilet technology for safe disposal of human excreta. He said,

As per the information received from the Government of Telangana, presently there is no proposal for construction of bio-toilets in the state.