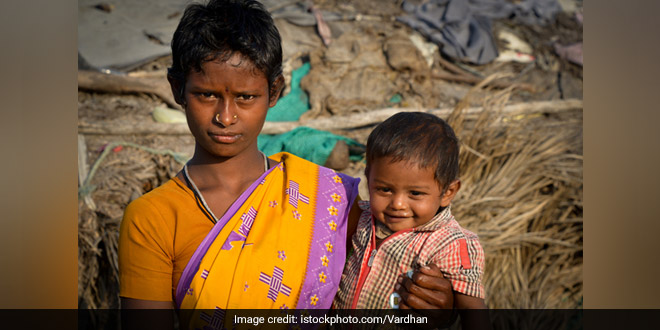 New Delhi: Various states and Union territories have started implementing the Intensified Mission Indradhanush (IMI) 3.0, a campaign aimed at reaching those children and pregnant women who were not covered during the routine immunisation programme due to COVID-19, with nearly 29,000 children and 5,000 pregnant women vaccinated on the first day, the health ministry said on Tuesday (February 23). The campaign aims to accelerate the full immunisation of children and pregnant women in the country and the first phase has been rolled out from Monday for 15 days, the ministry said.

Union Health Minister Harsh Vardhan launched the campaign on February 19 and urged the states and district functionaries to reach each and every child and attain maximum full immunisation coverage. The campaign has exemplified ownership of the immunisation programme by the topmost leadership at the state level also. In Uttar Pradesh, the campaign was inaugurated by Chief Minister Yogi Adityanath on Sunday. It was kicked-off in Rajasthan by state Health Minister Raghu Sharma on Monday.

In Madhya Pradesh, state Health Minister Prabhu Ram Choudhary inaugurated the campaign at a function held in Bhopal on Monday. The campaign is scheduled to have two rounds of immunisation lasting 15 days. It is being conducted in 250 pre-identified districts and urban areas across 29 states and Union territories.

Beneficiaries from migration areas and hard to reach areas will be targeted as they may have missed their vaccine doses during COVID-19. As per the guidelines released for IMI 3.0, the districts have been classified to reflect 313 as low-risk, 152 as medium-risk and 250 as high-risk districts, the ministry said.

Adherence to COVID Appropriate Behaviour (CAB) during the immunisation activities has been strongly emphasised. The states have been asked to follow a “staggered approach” to avoid crowding at the session sites and even plan break-up sessions if the staggered approach is not effective to avoid crowding, the ministry stated. The sessions are also planned in such a way that not more than 10 beneficiaries are present at a session site at any given point in time.

During the first round of IMI 3.0, the campaign is targeting children and pregnant women who might have missed their vaccine doses due to the COVID pandemic. As per data reported till 1700 hrs on February 22, nearly 29,000 children and 5,000 pregnant women were vaccinated (data provisional). The IMI 3.0 campaign, spearheaded by the Ministry of Health, will be implemented in mission-mode with support from key departments as well as a strong network of partners and civil society organisations, youth groups and community members. It will be taken as an opportunity to catch up on any immunisation gaps that might have emerged due to the COVID-19 pandemic, the ministry said.

Related Topics:
Health Immunisation
Up Next