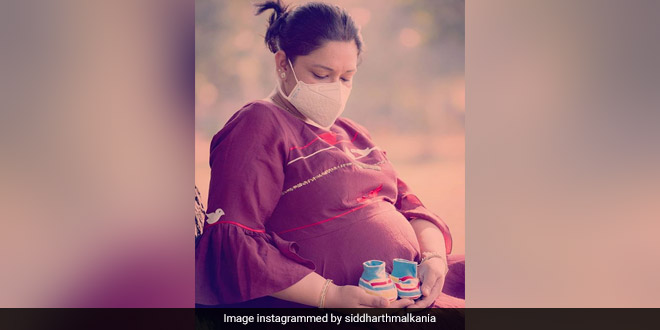 New Delhi: World Health Organisation states that Air pollution kills 600,000 children across the world every year and India accounts for more children deaths due to air pollution as compared to any other country in the world. On the other hand, the national capital region has been ranked as the world’s most polluted city. A day after Diwali, New Delhi’s Air Quality Index was recorded at 999 in Anand Vihar and areas around Major Dhyan Chand National Stadium. This is the maximum level the monitors can record and that is almost double the upper limit of what’s considered ‘hazardous’. According to the experts, if newborns are born in the current Delhi smog conditions, they are gulping air equal to 25 cigarettes in a day. Worried about these disturbing facts and figures, an expecting mother from New Delhi, Urvashi Dagar decided to draw the attention to the ‘right to breathe’ cause in a unique way.

Urvashi stood in front of India Gate, wearing a mask and holding a plea board in her hands that read, ‘We all contributed to this crisis, and we all have to be a part of the solution, #StopAirPollution,’ the mother-to-be decided to get her maternity shoot done for this cause. Her motto was to demand a safer environment for herself and her soon to be born baby. 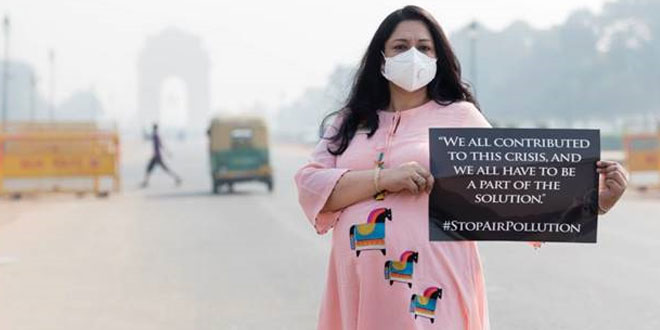 Not just authorities, Urvashi also asked people for their help to make this planet green and a healthier place. Her message was,

I promised my baby a clean air. Will you help me? #StopAirPollution 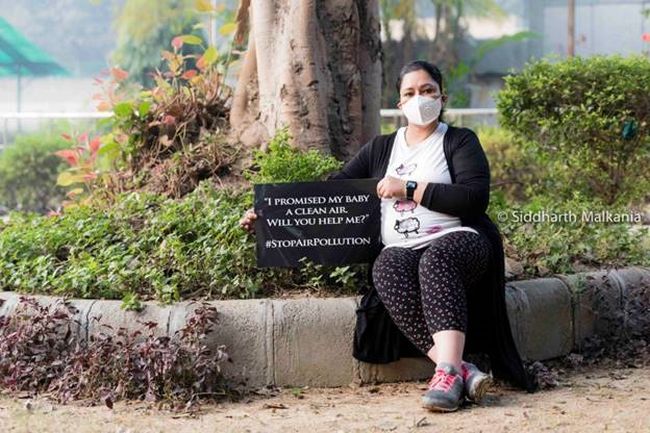 Along with Urvashi, her 5-year-old daughter, Vasundhara also decided to take part in the photoshoot. In her own way, Vasundhara highlighted the grim reality. She carried her dolls for the shoot and put a mask on them, saying that even they would be affected from the air pollution crisis. Her message to authorities and everyone out there was, “This planet is my future, please keep it healthy. #StopAirPollution.” 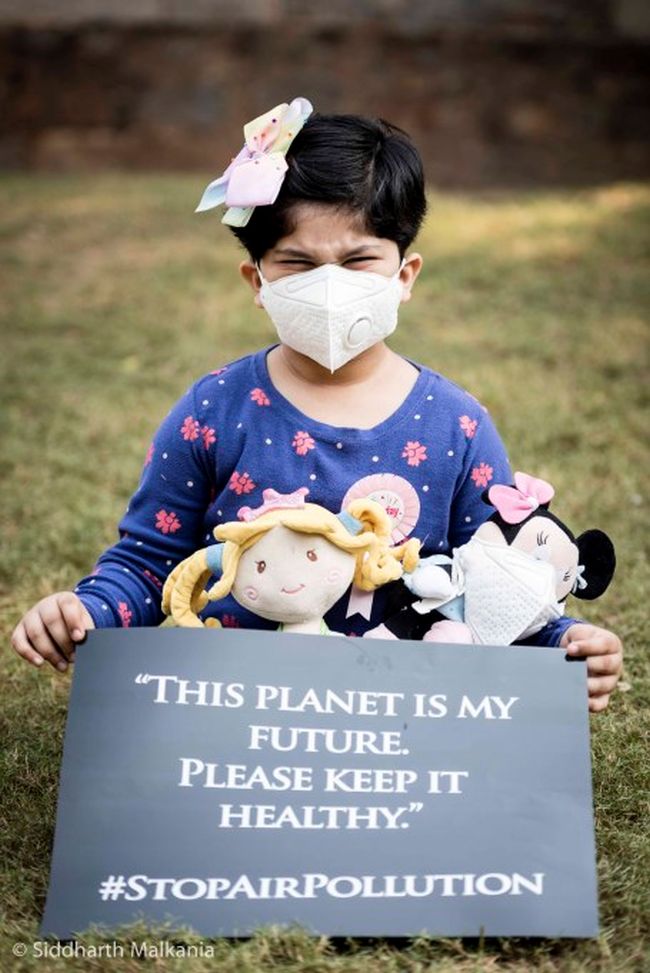 The official photographer, Siddharth Malkania, who has captured these crucial moments, shared these pictures on his social media urging everyone to rethink their lifestyle choices.

We tried to send out a wake-up call with the help of Urvashi to the people fighting air pollution in Delhi. Hopefully, these will get addressed.