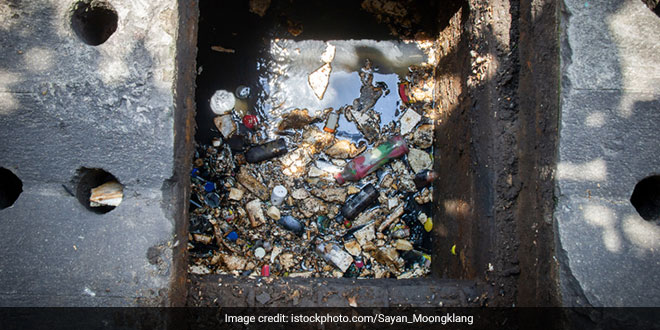 New Delhi: With an aim to make people aware about the importance of cleanliness and motivate them to dispose of their waste properly, Andhra Pradesh’s coastal city of Kakinada has started an unusual initiative called ‘Return Gift’. Under the new initiative, the Municipal Corporation will be giving back the garbage to the citizens who are not handing the waste to sanitary workers and instead littering on roads or dumping in the drains. The initiative was started after Kakinada Municipal Commissioner Swapnil Dinakar Pundkar, who spotted a woman dumping garbage on the street instead of Municipal Corporation’s garbage collection bins while inspecting a locality, intervened and asked the sanitation worker to throw it in her house as a ‘return gift’ to counsel her on cleanliness. Mr. Pundkar’s video showing him take the stern action became viral on social media and garnered praise from the netizens.

KMC has started an initiative of Return Gift by which the garbage will be given back to the citizens who are not giving it to the sanitary workers and instead littering on roads and in drains. #ReturnGift@SwachhBharatGov @Secretary_MoHUA @SBMGAP @AndhraPradeshCM @SwachSurvekshan pic.twitter.com/RQAyh3Ivg0

Declaring a war on indiscriminate dumping of garbage, Mr. Pundkar said that he had to adopt the rather stringent method in order to bring a change in the residents’ habits who continue their old ways even days after the civic body started an awareness campaign on responsible waste management under the Swachh Bharat Mission. Mr. Pundkar said to NDTV,

We have been doing awareness drives on the correct way to dispose of garbage to make the city clean, but some people refuse to follow the rules. Whoever is found littering on the road, the garbage will be collected and sent back to their house as a deterrent after due verification. With this “return gift”, we want to tell them that this is a wrong practice.

In a video shared by the Kakinada Municipal Corporation, the Commissioner is seen emphasising on the understanding the importance of hygiene, especially during the ongoing COVID-19 pandemic. He said,

As the COVID-19 pandemic has taught us the importance of hygiene, cleanliness and sanitation, these issues are the most important for Kakinada Municipal Corporation. We believe in the principle of ‘cleanliness is next to godliness’. We have deployed more than 900 sanitary workers who would visit door-to-door in each and every household on each day to collect the segregated waste. The citizens are expected to hand over the segregated waste only to the sanitary workers.

He further urged the citizens to consider the ‘Return Gift’ initiative in a positive manner and as a mark of respect towards the sanitary workers.

The Municipal body has indicated that not just the ‘return gift’ if people are continuously violating the norms of keeping the premises clean, the commissioner may order to impose heavy fines on people.

Acknowledging the move, Dr. Pidaparthy Prashanth, a resident of Kakinada and former Municipal Health Officer highlighted that throwing garbage on roads and in drains is one of the biggest factors leading to urban flooding. He said that proper waste management practices are crucial from the health perspective. He said,

A lot of people do not wait for sanitary staff to collect the waste from their homes. Due to this lack of patience, they just go out and throw whatever waste generated in their homes. But they fail to understand that even though their house got rid of the garbage, it will ultimately cause a menace for them in the form of urban floods or foul smell, contaminated water, pests and what not! By handing over their waste to sanitary workers, they’ll not keep their homes clean, but their city and the health of all citizens can be maintained too.

He recommended citizens to go for ‘Hook Lift Bins’ that they can keep outside their homes and use it without worrying about street dogs, cats and monkeys making a mess.

According to the Kakinada Municipal Corporation, the city was declared Open Defecation Free on October 2, 2016, and over 4,000 Individual Household Toilets, five community toilets and a number of public urinals were built under Swachh Bharat Mission. The city that has over 1.1 lakh households is now focusing on waste management. Kakinada generates about 175 Metric Tonnes (MT) of waste, every day and more than 900 sanitary workers have been deployed by the municipal corporation to collect garbage door-to-door from households in all 50 wards. The civic body is working towards improving the treatment and disposal of solid waste management in the city and has established an Organic Composting plant to treat vegetable waste. The city was ranked 58 in Swachh Survekshan 2020- the annual cleanliness ranking survey.