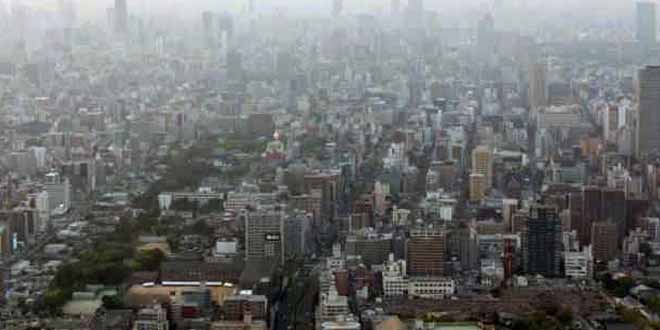 Delhi’s air quality improved further as strong winds helped flush out pollutants, which had seen a rapid build-up on the night of Diwali due to incessant fireworks. The Central Pollution Control Board (CPCB) recorded an air quality of index (AQI) of ‘very poor’ with a score of 319 for the city. Neighbouring Gurgaon was a shade better with ‘poor’ AQI, while Noida and Ghaziabad were ‘very poor’.

Dipankar Saha, the CPCB’s air lab head, said wind speed went up to 12 km per hour at certain points, leading to the dispersal of suspended particulate matter, which was aided by the creation of an air passage from the west to east.

The weakening of a depression, which had formed over the Bay of Bengal, and its gradual shift towards Assam has helped create the passage. This coupled with strong winds have cleaned the air considerably, said Mr Saha.

Post Diwali, on October 20, Delhi’s air had turned ‘severe’ for the first time in 2017. Since then, it has markedly improved.

Mr Saha said the situation was likely to further improve on October 22. The forecast of System of Air Quality Forecasting and Research (SAFAR) held out hope as well. According to SAFAR’s forecast, the 24-hour-average levels of coarse particulate PM10, which measure around 10 microns in diameter, will come down to the moderate level tomorrow.

It recorded PM2.5 and PM10 at 151 and 256 micrograms per cubic metre today (24-hour rolling average). The corresponding prescribed standards are 60 and 100. The air quality index or AQI is basically a figure and a series of colour codings shared by agencies on the level of pollution. For example, the one CPCB shares ranges between 0 and 500.

An AQI between 0-50 is considered Good, 51-100 Satisfactory, 101-200 Moderate, 201-300 Poor, 301-400 Very Poor, and 401-500 Severe. A ‘very poor’ AQI comes with the warning that people may develop respiratory illness on prolonged exposure while exposure to ‘severe’ air affects healthy people and seriously impacts those with existing respiratory or cardiovascular diseases.

Varanasi To Get Two New Sewage Treatment Plants Before March 2018