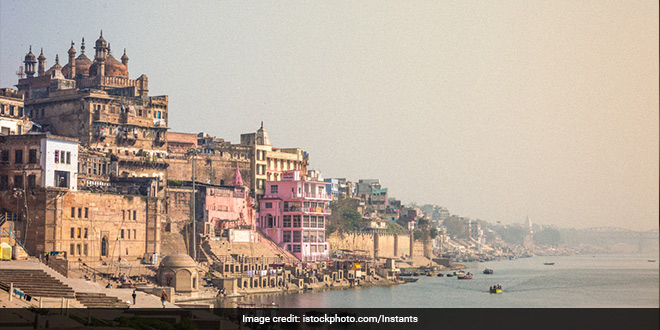 The three STPs concerned and as many existing, will together create a total sewage treatment capacity of 412 MLD, the water resources ministry said in the statement. The STPs, when completed, will meet the sewage treatment needs of the city till 2035.

A 140 MLD STP at Dinapur and a 120 MLD STP at Goitha are being constructed under Japan International co-operation Agency-assisted project and JNNURM scheme respectively. These projects are at an advanced stage and will be commissioned before March 2018, the statement said.

To address the concerns of floating waste on the river, a trash skimmer is operational in Varanasi since April 2017 under river surface cleaning component, the statement said.

It also claimed that the government’s efforts to ensure that 84 of the city’s heritage ghats become cleaner have shown “positive” results under the Namami Gange initiative. In addition to this, the authorities have undertaken ghat improvement works at 26 locations.

Besides, construction of 109 of the total 153 community toilets – contracts of which have been awarded – has already been completed, the ministry said. These toilets are being used by 15,000 to 20,000 people every day, it added.

In a bid to arrest the pollution from cloth washing activities on ghats, four dhobi ghats – Pandeypur, Nadesar, Bhavania Pokhran and Konia – have already been renovated. The construction of three others at Bazardiha, Machodari slaughter house and Bhawania Pokhri (extension) is underway, the statement said.

Several members of the dhobi community have shifted to the new ghats, with many more being pursued for the same, it added.

Chennai Reels Under Air Pollution On Diwali, As Delhi And Mumbai Fare Better Than Last Year