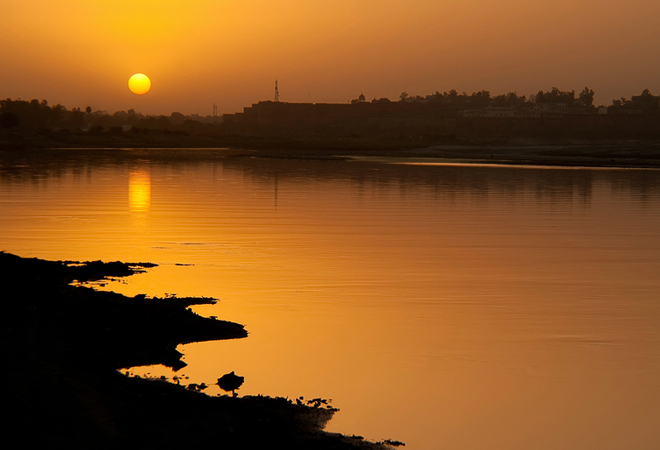 New Delhi: The National Green Tribunal (NGT) has asked some northern states to submit a detailed report on rejuvenation and restoration of the Yamuna in three weeks. Stating that the  pollution in the river was of serious concern as it was highly contaminated by industrial effluents and sewage, a bench headed by NGT Chairperson Justice Swatanter Kumar directed Himachal Pradesh, Haryana, Delhi, Uttar Pradesh and Central Pollution Control Board (CPCB) to file a complete report in this regard within three weeks. The green panel warned that in case of default, each of the state would be liable to pay an amount of Rs 50,000.

“The plan should be submitted district-wise keeping in view the drains that join the river Yamuna. We direct the authorities along with the CPCB to conduct ground study in relation to number of drains, flow, quality and quantity of effluents in the drain and the feasibility of establishing of Sewage Treatment Plant or Common Effluent Treatment Plant, if necessary,” the bench said.

It also directed Haryana and Himachal Pradesh Pollution Control Board to jointly conduct a study of water quality and the flow of Yamuna at the point where it enters Haryana, along with the list of industries which are located on the catchment area of the river.

The tribunal had earlier banned open defecation and dumping of waste on the floodplains of the Yamuna and announced an environment compensation of Rs 5,000 for those who violated the order. It had also constituted a committee headed by the Delhi Jal Board CEO to oversee the execution of work pertaining to the cleaning of the river and asked it to submit reports at regular intervals.

The green panel had noted that almost 67 per cent of the pollution reaching the Yamuna would be treated by the two sewage treatment plants (STP) located at Delhi Gate and Najafgarh under the first phase of the ‘Maili se Nirmal Yamuna Revitalisation Project 2017’.

The NGT was hearing a plea on the monitoring of implementation of the ‘Maili se Nirmal Yamuna Revitalisation Project 2017’.

Namami Gange Initiative: Bio-Toilets To Be Set Up At Ganga Ghats In Kanpur