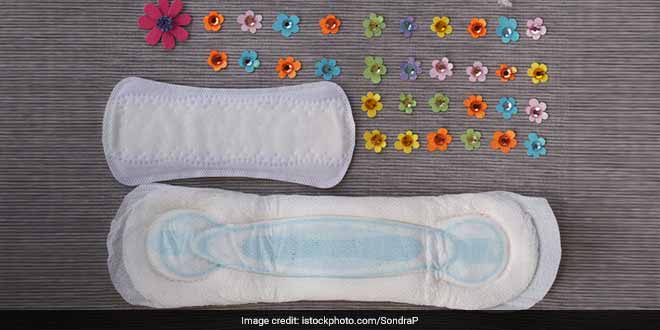 New Delhi: The Supreme Court (SC) has allotted Rs 5 lakh to install 3 sanitary napkin vending machines and three incinerators for disposing used pads in its premises. A bench headed by Chief Justice Dipak Misra issued the directive to the Supreme Court after advocate Nandini Gore, who is the Secretary of the Supreme Court Advocates-On-Record Association (SCAORA), pointed out the plight of the women visiting the apex court.  She also informed the SC about the strength of women staff working in its premises which amounts to 1,000 women lawyers and interns as well as around 250 woman staff with the Court Registry.

“In an effort to promote disposal of menstrual waste and promote the Swachh Bharat Mission, it is imperative that we take the initiative to promote menstrual sanitation and proper disposal of menstrual waste by creating awareness, encouraging every woman to use eco-friendly incinerators and promoting research for a biodegradable alternative. We appeal all the educational institutions to install sanitary napkin incinerators within the premises of women’s hostels,” read a University Grants Commission’s official letter which was sent to higher educational institutes across India.

There Is An Urgent Need To Tackle Sanitary Waste

While it is only in the recent past that the issue of India’s garbage crisis has become mainstream discussion issue, the taboo topic of menstrual waste will certainly take time before everyone gets personally involved. Awareness is the key to make every woman in urban and rural parts of the country practice safe disposal methods.

Explaining this Arundati Muralidharan, Manager-Policy from WaterAid says, “Despite having proper mechanism of disposing waste, people in urban areas throw the menstrual waste in the dustbins without segregating it, where, the ragpickers segregate the waste by themselves and at the end it ends up going to the landfills.” Talking about the rural women, she says, “Women in rural areas end up throwing the menstrual waste in the water bodies, farms, fields, some just burn it in the open due to lack of routine garbage pickups.

She further adds, “Forget the system in place which is government’s responsibility, education, and awareness in making people aware about the harm they are doing just by their actions is a must. If we can through education put an end to these harmful practices like not segregating menstrual waste, throwing menstrual pads out in the open, we will be covered to some extent, and then once this much is achieved, we can make people aware of the alternatives.”

There are eco-friendly alternatives available, which can be disposed of easily in India like menstrual cups, cloth reusable pads and biodegradable pads, like the ones from Saathi that are made of banana fibre.The high cost of these pads discourages women from switching to these alternatives.

Besides, it is also believed that sanitary pads contain harmful elements like dioxin and furan that can lead to cancer. As the used pads are dumped on land and water indiscriminately, they become breeding grounds for bacteria and hence this not only poses threat to the environment but also pose serious health issues.

Proper disposal of sanitary waste can also change a ragpicker’s life. In most parts of India, a ragpicker hand-segregates waste on a daily basis, thereby exposing themselves to numerous health issues like headache, loose motions and fever. The kind of waste they get exposed to is not just harmful for them but it is also against their dignity of labour.

India generates upto 1 billion non-compostable sanitary napkins waste every month but the topic of menstruation is still brushed under the carpet let alone acknowledged as an issue that needs discussion and awareness. Moves like the one adopted by Supreme Court is more than just about providing a facility that it lacked on its premises. It is about acknowledging a problem that is being ignored – be it lack of menstrual hygiene or the improper disposal of sanitary waste that is causing havoc in the environment, and providing a solution.

Also Read: Beating The Menstrual Waste Woes In India: Make Way For Eco-Friendly Pads Made From Banana Waste Fibre That Decompose Within 6 Months